BCC is a church with a presence on all continents. At the beginning of the 20th century, there were only small groups of friends scattered throughout Norway, but this would soon spread much further.

Johan Oscar Smith gave his life to Jesus on May 17, 1898, and this was the start of BCC’s history.

At the time, Smith had no intention of starting his own congregation. But at the beginning of the 20th century, he was active in Christian circles, and wanted to bring together God-fearing people at a time when several revivals were sweeping the country. Eventually, some small groups of friends started coming together, holding prayer meetings and talking about the message of the Bible.

The longing and insight into what it means to live as a disciple of Jesus and come to spiritual growth and development became a matter very close to Smith’s heart. He spent the rest of his life sharing this insight and life experience, in order to help others come to a resurrected life with Jesus Christ.

Read also: From one man to a worldwide church.

“Dear brother, there are open doors everywhere now, and the lessons God has given us will be a solid support for the young newly-saved. God adds to the church.”

On the night of May 17, 1898, Johan Oscar Smith gives his heart to God, on a naval vessel stationed in Horten, Norway. This will be the start of a Christian church with fellow believers all over the world.

Exchange of letters and social debate

Johan O. Smith participates in several Christian assemblies and is an active letter writer, in which he discusses the gospel with both his brother Aksel and other believers. Many of these letters have been preserved and published in book form, in Johan O. Smith’s Collected Writings.

The Smith brothers often write articles for Christian periodicals, and want to bring the country’s God-fearing people together. But more and more articles are rejected by the editors because of their sharp and uncompromising message. This leads to the idea of starting their own periodical.

“Consecrated to the Lord, we pray that the magazine will serve the believers in shedding light on the paths that lead to a deeper life of fellowship with our Lord Jesus Christ. The magazine’s goal is to convey the truth leading to faith and godliness, Titus 1:1.”
(Johan O. Smith, in the first issue of Hidden Treasures in January, 1912.)

Within a few years, the periodical has subscribers in Europe, North America, Africa and Asia.

The first songbook is printed

The first version of the church’s songbook, Ways of the Lord, is published with 56 songs. Today’s version contains 472 songs. Slowly, the small groups around Smith and other key people grow. They organize evangelical meetings and conferences during the Christian holidays.

Several congregations are established along the Norwegian coast as a result of Johan O. Smith’s travels during his naval service, especially during the First World War. During this period, Smith and his coworkers come into contact with people from Southern to Northern Norway, and this is the start of what will eventually become 19 Norwegian local churches.

In the 1920s, the first church in Denmark is established, and the community becomes international.

The first meeting hall is built

The church gets its first meeting hall, in Nordre Enggate 7 in Horten. There is no longer enough space for house meetings. Johan O. Smith and others take out a mortgage on their own homes to raise funds.

The Nesbyen conferences – a new place to gather for the church

The first national conference is organized at Nesbyen, with members from Denmark present. There are also particpants from Molde, Måløy, Bergen and Hardangerfjord in Western Norway, and from Sarpsborg, Fredrikstad, Drøbak, Oslo, Horten and Sandefjord in Eastern Norway. From now the conferences become regular, annual events.

Johan O. Smith dies on May 1, 1943. His close coworker, Elias Aslaksen, with whom he has worked together for more than 30 years, takes over the leadership responsibility for the church.

Missionary work in Germany and North America. Elias Aslaksen and others travel to several Christian conferences in Leonberg in Southern Germany, where the foundation is laid for further missionary work in Western Europe.

The Nedre Brunstad farm is purchased

The church, under the name of “The Christian Church,” purchases Nedre Brunstad farm on Vestfjorden, between Sandefjord and Tønsberg.

In a major volunteer effort, the dilapidated farm is developed into a gatheringplace with space for the whole church, including children and families. The local churches, which are now connected through annual conventions and work in a common place, grow and flourish during this time.

The first meeting hall at Brunstad is completed

After several years of hard work, the first meeting hall at Brunstad has been completed. The hall, which was previously used with temporary tarpaulins, can finally be used properly during the summer conference.

The missionary activity continues in Switzerland, England, the Netherlands, France, Austria and other European countries, as well as in USA and Canada.

The church now has its own place, Brunstad, where visitors from many countries can be invited for conferences.

Elias Aslaksen dies, and Sigurd Bratlie and Aksel J. Smith take over the responsibility for the church. At his last conference at Brunstad, Aslaksen has a large banner hung up in the hall:
“Faith in the word of life is the greatest power that exists in the universe.”

Missionary work across the world

Missionary work worldwide, including South America, Australia, Asia and Africa. This provides a basis for new churches to grow in many countries.

On a missionary journey in 1978, Sigurd Bratlie is imprisoned in Saddam Hussein’s Baghdad for participating in Christian house meetings. He is imprisoned without charge for almost 5 months, but gets released after great efforts by the Norwegian authorities.

The church gets a new conference hall

A new conference hall with room for 4,000 people is completed at Brunstad. It is an all-out effort for the church, and the entire development is once again financed by donations and volunteering. Churches from Norway and other countries travel to conferences several times a year, with accommodation at the campsite.

Revival over the church

Revival and renewal spread through the church both in Norway and internationally, and many young people are baptized in the Holy Spirit. A group of people leave the church in this period.

The start of a new time

Kåre J. Smith takes over as leader of the church.

The church’s first bylaws are formalized and a board is established.
The bylaws describe the basis for the church’s activities, and guidelines for board work, accounting, auditing, and property rights are prepared.

Commitment to children and youth

For the first time, BCC broadcasts its international “Brunstad feasts” by satellite, and later all conferences at Brunstad.

In the following years, the interpreting services are developed so that the message is conveyed in more than 10 languages.

A youth program is established

The “A-team” is established as a continuation of a long tradition of volunteer work in BCC. Young people from around the world participate.

BCC is registered as a religious organization

BCC is formally registered as a religious organization in Norway for the first time, and receives public grants for Norwegian members.

Major development at Brunstad: The conference center is enlarged, and cottages and several apartment buildings are built.

BCC transfers all its assets at the conference center to the Brunstad Foundation. A foundation is more suitable for developing the place and the values.

The church moves its head office to Oslo.

Great interest for the conferences

For the first time, BCC organizes two summer conferences, in order to accommodate everyone who wants to come.

Establishment of a TV channel

BrunstadTV is established as a TV channel and starts up with TV production. Now fellow believers from all over the world can follow and watch the preaching from international conferences and broadcasts. TV series with positive content for children are produced.

The following year, BCC develops its own online portal for dissemination of literature, messages, podcasts and member information.

The first Easter camp for young people is organized. This is the start of a new, comprehensive boost to the work with young people, with development of activities and training in mentoring and care work for young adults.

Online streaming is used to reach churches on all continents. BCC’s conferences and media productions are broadcast to around 50 countries and interpreted into 17 languages.

Johan O. Smith’s surviving writings are published in completely unredacted form for the first time, together with a number of previously unpublished letters. The first volumes in the book series, which includes six books, are for sale.

A decade-long donation drive nears its end, and both BCC and the local churches have strengthened their equity. BCC manages the funds in a BCC fund, which will ensure international missionary and church activities in the future.

The A-team continues as an arena for mission

Through the A-team youth program, missionary work has ripple effects throughout the world. Thorough faith education and the bonds of friendship that are forged here have built fellowship and community across languages and cultures.

The COVID-19 pandemic and digital development

BCC’s head office is moved to Moss, Norway.
The COVID-19 pandemic turns church life “upside down,” and creates a high degree of renewal for the benefit of the entire church.

A place with room for new generations

The Brunstad Foundation’s development project is coming to a close. BCC and its members have secured financing and a place that is suitable and big enough to meet for future conferences.

The BCC Federation is constituted

The federation model will be the framework for the church’s activities in the future. Separate organizations are established for the focus areas of mission, media, music, events, youth programs and funds.

The first member organizations are admitted to the federation: BCC Norway and 19 Norwegian local congregations. 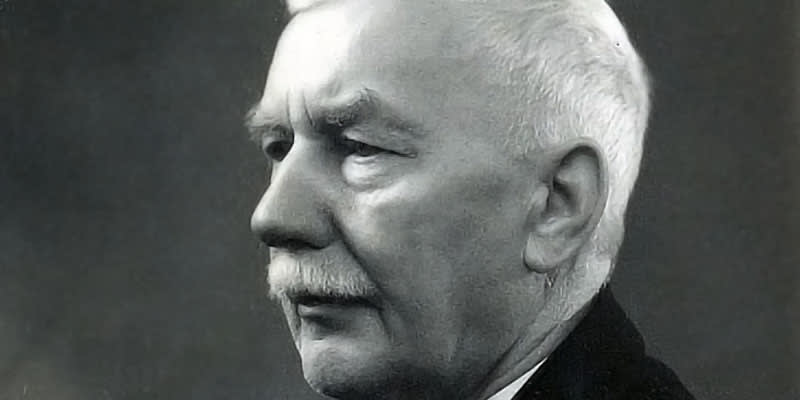 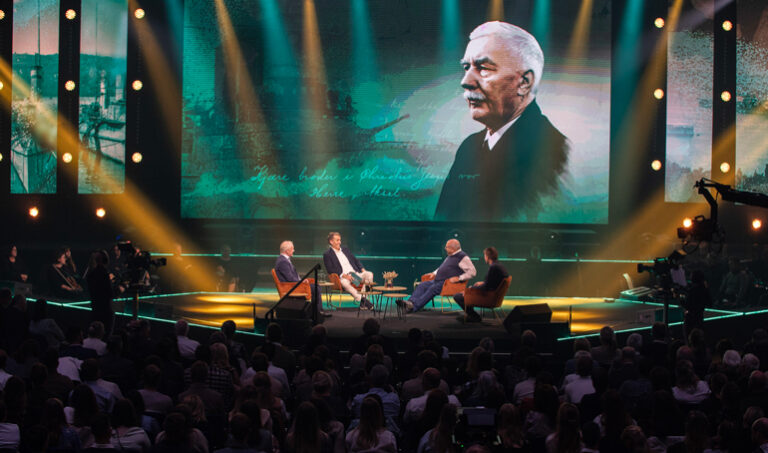 Johan O. Smith 150 years: Righteousness as the foundation for life

It began with one man who quietly and calmly gave his whole heart to Jesus on May 17th 1898. Last weekend several thousand believers celebrated the jubilee… 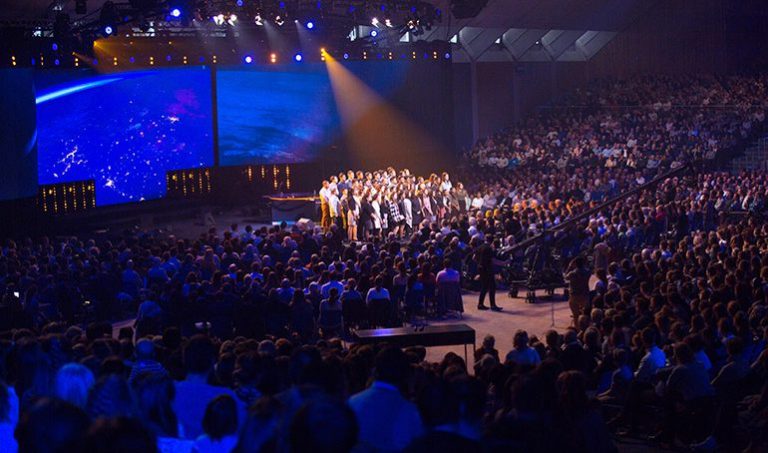 BCC 120 years old: From one Man to a Worldwide Church

120 years ago, on the eve of May 17th, 1898, Johan Oscar Smith was converted as he stood watch on the navy battleship Thor. As he gradually began to …