120 years ago, on the eve of May 17th, 1898, Johan Oscar Smith was converted as he stood watch on the navy battleship Thor. As he gradually began to interact with other believers, there was little to suggest this group of Christians would expand into a worldwide Christian community.

In the beginning Johan O. Smith often visited several Christian assemblies. However, there were few who shared his views regarding biblical doctrine. After hearing Smith’s message, a well-known minister from Scandinavia once remarked, “Yes, this is true, but you will not gain many followers.”

Smith had no desire or ambition to establish a large church. What mattered most to him was following his own conviction and remaining true to the light of faith that had been born in him. During his almost 40-year career in the navy he came into contact with many believers. Slowly but surely, a circle of friends who experienced fellowship in their faith materialized, and they began having meetings in their homes.

A foundation of faith

From the very first start the church consisted of people who shared a faith they wanted to live by. This remains true. However, the size of BCC today requires a different and more extensive organization than it did when Smith conducted his earlier house meetings. Just like other growing organizations, the framework and structure have changed, in keeping with a more complex and globalized society.

Prior to BCC establishing an organization with a charter in 1993, the church was largely an unorganized group of friends. No one considered themselves a “member”, people referred to themselves as “the friends”, and there was no administration or employees. The only exception was the caretaker who looked after the grounds at Brunstad, which was purchased by the church in 1956.

Even though all the legal documents involved in the purchase of the early meeting halls used the term “The unorganized assembly”, the accounting and all matters concerning church properties were in impeccable order, as they are today. 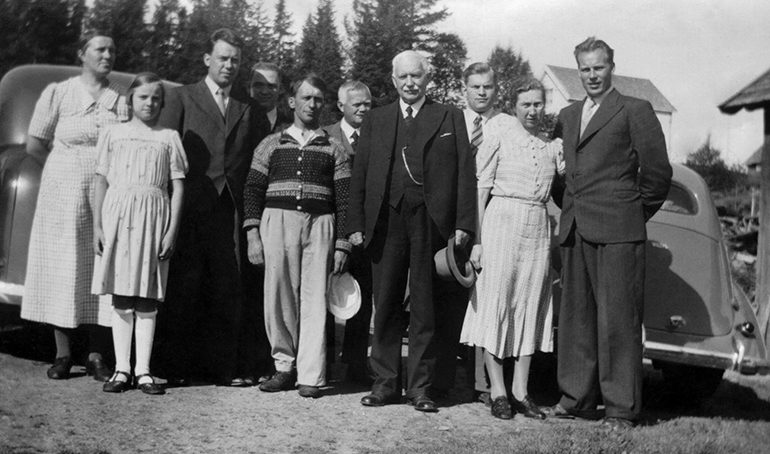 Johan O. Smith (middle right) on one of his many trips together with his son Aksel J. Smith, (third from the left), among others. Photo: BCC.

The purchase and expansion of properties, in order to accommodate everyone who wanted to attend the Christian meetings and conferences, played a pivotal role in bringing about the formal organization. Lower Brunstad Farm was purchased in 1956, which was the first time “The Christian Church” was ever used in legal documents.

Aksel J. Smith, the son of Johan Oscar Smith, wrote in 1971 about his fathers work and the development of the church: “Those who eventually experienced fellowship with one other longed to meet as often as possible, and they got together during holidays, vacations, and at conferences. It continues to this day. This revival unto holiness has spread to such an extent that there are now over three thousand friends that gather for our summer conferences from 18-20 different countries”.

The first by-laws were not developed until an assembly of representatives met on January 1st, 1993.  Representatives came from many different local churches. These were persons who were regarded highly within their local assemblies. For several years prior the church had held similar informal gatherings, but the term “assembly” was not in official use.

The by-laws adopted in 1993 contained a description of the church`s work, and guidelines for practical matters such as administration, accounting, bookkeeping, and property rights. These were updated in 1998, when the church council and leadership became formal entities. One of the resolutions adopted specified that future changes to the by-laws could only happen by the assembly’s unanimous decision.

Registration as a faith-based church in 2003

In 1998 the church was registered in Norway as an organization, and the first membership registration was created. Government regulations provide subsidies to faith-based communities, but members must submit written confirmation that they consider themselves members. It was emphasized that providing this confirmation optional, and not a requirement of being an active member.

Membership registration was a monumental change in the church’s history. Resistance against organization and registration had been part of the church’s culture since Smith started his meetings as an alternative to the well-established assemblies of the early 1900s. However, because of increasing growth, property management, extensive activities in several countries, and the large numbers attending the church’s international conferences, the need for a clearer organizational structure began to emerge. The church was registered in Norway in 2003 as a faith-based organization. 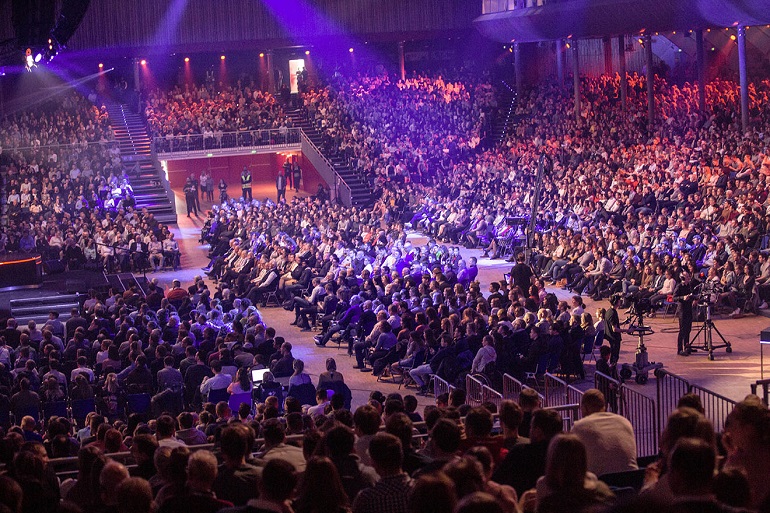 Since the church was registered as a faith-based community in 2003, interest in attending the international conferences in Norway has continued to grow.  Pictured: Easter conference 2018.  Photo: BCC

Building Further Upon a Life-Changing Message

On this day, exactly 120 years after Johan Oscar Smith was converted, an association that sprang up around his life and work has grown into a church with over 8,000 Norwegian members and worldwide growth. The church has become an organization with employees, but as of yet without paid ministers or preachers. In fact, all caring work is voluntary. Members come from different backgrounds, education, living conditions, and ranks in society, but our fellowship in Christ draws us together.

Even though the external framework for the edification of our faith is in transition, the Christian content remains the same. The teaching that Jesus brought, and which Johan O. Smith gave his life to on May 17th, 1898, led Smith to a life of obedience to his conviction, and thereby a life of constant development (Romans 6:17-18). These are teachings that BCC continues to build its future upon. 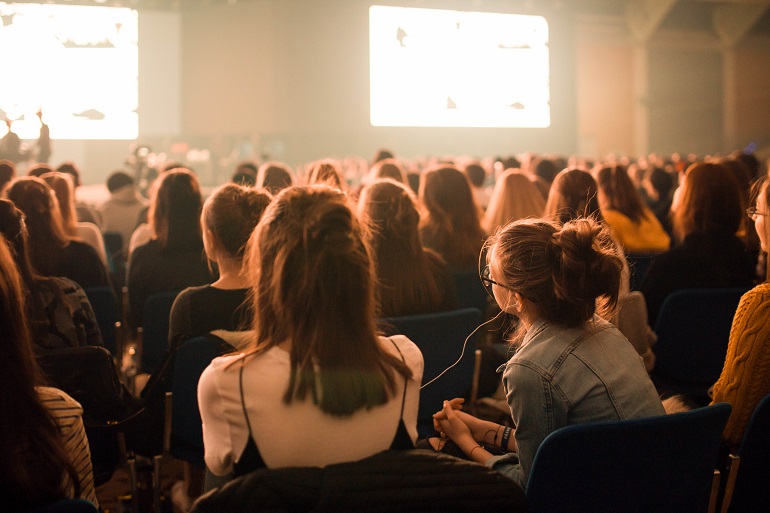 The external framework and facilities are changing, but the crux of the gospel remains unchanged, and continues to be expounded to the younger generations.  Photo: BCC