As reported in Vårt Land (‘Our Country’ – a Norwegian newspaper) on Saturday 12 September, BCC has over several years been exposed to a professional influence operation with a stated aim to “put an end to the organisation’s continued existence.” For BCC it is essential that all the facts come on the table, and that disinformation is brought to an end.

How does distorted information spread and influence?

See also: A clearance of all suspicion from the Norwegian financial crime authorities

A serious problem for society

Over the coming time more consequences of this influence operation will continue to be discovered. We consider that this phenomenon, that someone has a business of selling influence operations, is a serious problem for society which needs to be debated at a higher level. Society needs to be better prepared and equipped for the next time someone is subject to this.

Roar Thon, technical director of the Nasjonal Sikkerhetsmyndighet (National Security Authority) says in the wider context that it is difficult to say how common influence operations are in Norway:

– There is reason to believe that Norwegian authorities and media have been subject to attempted influence by influence operations.

As Vårt Land (‘Our Country’ – a Norwegian newspaper) writes in today’s article, both public information and private investigation have led to a body of of evidence that it is authorities and media organisations in particular that have been subject to attempted influence. It is extremely burdensome for us and our members to be exposed to repeated criminalizing accusations, despite the lies being duly disproved and the truth evidenced in several instances. There is little that a faith community can do to prevent this, but now we are in the middle of exposing and clearing up after the large challenges that the disinformation from this operation has led to.

We want to get all the facts on the table, so if anyone has input or questions in connection with this we would be grateful if you would contact us.

This is what bcc.no has written about this since The New Yorker exposed it in February 2019. 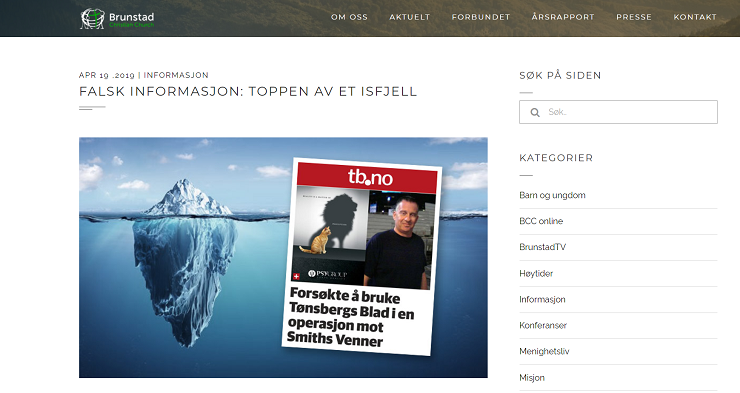 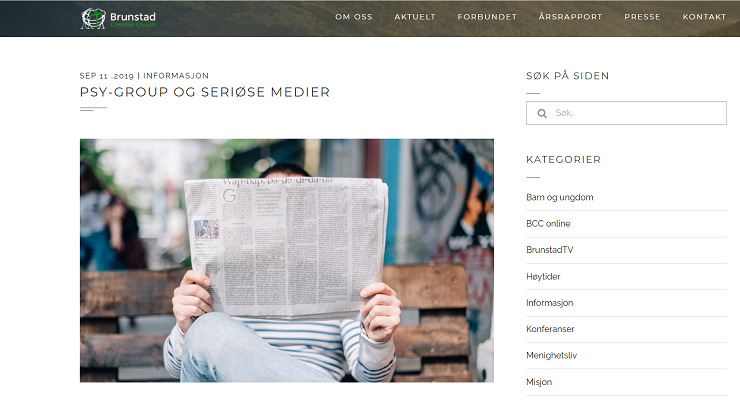