“A CHILD’S FAITH CAN BE HELPFUL NOW AND LATER”

BCC’s virtual Easter program is for all age groups. This Saturday there are family activities planned, involving children from around the world. The children will also have their own TV broadcast, with the Easter message as the central theme.

BCC’s media department wants to ensure the Easter message is captivating, even for the youngest viewers.

“We know that the God’s kingdom belongs to the children, and therefore this is an important audience for us,” says Trine Sandersen, a director at BrunstadTV. “A child’s faith can be a tremendous help, both now and later when they grow older,” she says.

Over the past few weeks, Trine has created a children’s program together with several colleagues. An Easter egg hunt is planned for families to do at home, and the TV studio will have songs and music, and two new animated films that will tell about Jesus and what happened at Easter in a child friendly way.

“The goal of this all is to create happiness and hope among the children and that they can understand how Jesus helps us in everyday situations. This is a joyful message, regardless of your age,” continues Trine.

An interactive studio with more opportunities

In the interactive TV studio, colorful backgrounds and balloons create a child friendly and fun atmosphere. In addition, the program is short and has frequent changes so that it will be exciting to follow along.

“The new studio gives us new opportunities to put together a complete and theme-based TV broadcast,” says Trine.

Trine is one of the project leaders for the children’s program, present during the recording for Saturday’s broadcast. Photo by BCC

A varied program suited for different age levels has been put together. Trine is herself an educator and has therefore been focused on using the right tools.

“Both the script and song lyrics are written in words that children would use themselves,” says Trine. “We also use strong colors, movement, and catchy melodies in order to capture their interest.”

Hosts for the show: Judith and Gjermund during the children’s TV broadcast. There was singing and dancing, and films that made it interesting for old and young. Photo by BCC

Contributions from around the world

The new way of connecting has been advantageous in many ways. Now all viewers participate in the same way, regardless of where they live. The emphasis on interaction gives the children a closer encounter with our community, despite the limitations on being together.

This happens because many of the children are themselves involved in the program.

“We have received film clips and pictures of children from all over the world,” says Elise Schøll, who heads this project. “We will display them both during the broadcast and on our app and website, so the children can see themselves.”

Children from several parts of the world were involved in the program. They shared some thoughts about the Easter message. Photo by BCC

The online children’s meeting is a concept which will be further developed. There will be more broadcasts for children during the spring. Photo by BCC

For decades BCC has worked to create good activities for children in the church. An example of this is during our summer conferences, where there for many years have been ‘Children’s Days’ with activities, entertainment, and messages adapted for children. While it is currently impossible to hold conferences, a focus on virtual content has created new possibilities to create something new for children, even if it is done in a different way.

“We must plan the program much better when we hold online children’s meetings. This also gives us opportunities to provide customized activities, content and language so that more people are able to follow along and understand what’s presented,” says Elise.

BCC is also developing its children’s programs further after Easter, which will lead to a more complete, theme-based spiritual teaching for children.

“We want to build on the concept that has been developed in connection with Easter and broadcast something for children every week,” says Elise. “We hope this can be a good addition to the positive content that already exists for children and believe that more people, not just the members, will find it interesting to watch the children’s broadcasts on BrunstadTV.

A varied program during the live broadcast. Here from one of the creative exercises, together with Judith and Mette (on the right). Photo by BCC 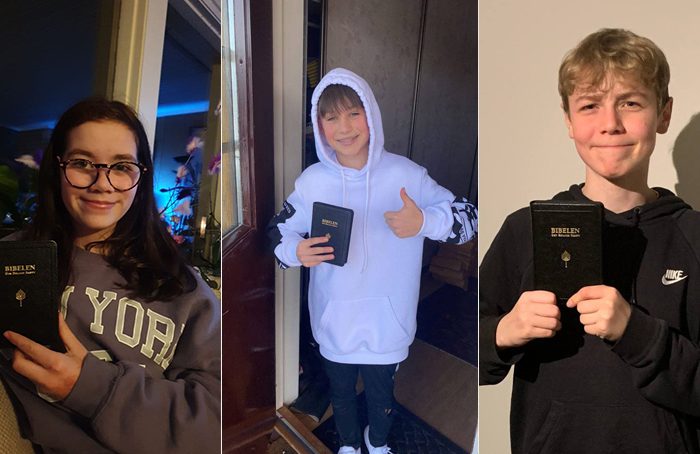 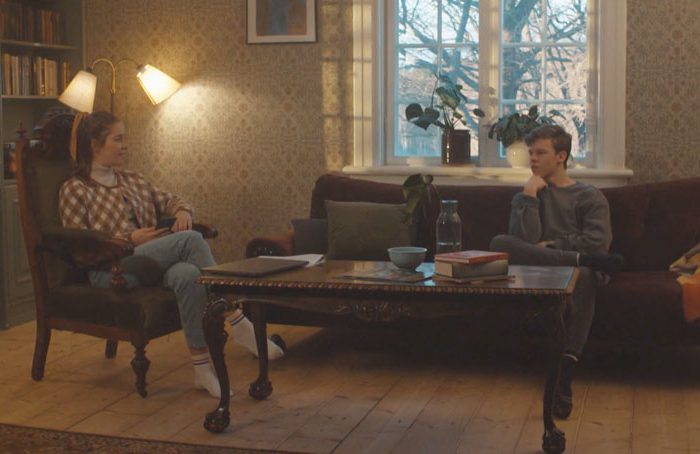 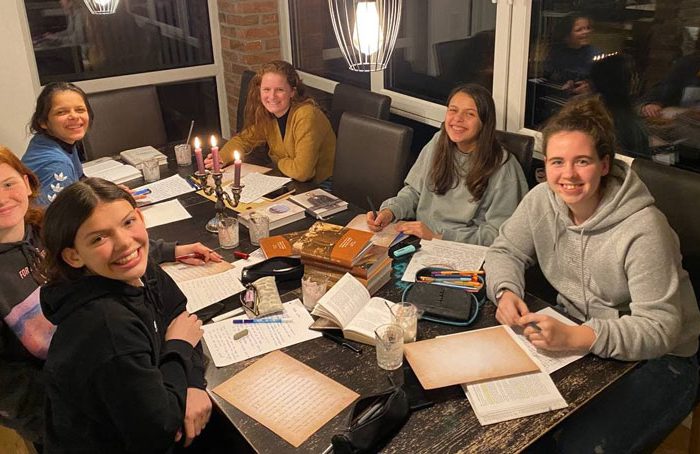