Singing and music are a vital part of church life for most Christian groups, and such is the case in Brunstad Christian Church (BCC) as well. When young people or adults gather around their faith, the joy of singing is usually present too. The lyrics are often read onscreen instead of from the songbook.

BCC has their own songbook, Ways of the Lord. It`s also available as an e-book, so the text is often shown on the big screen of the meeting hall during meetings. Where a large screen isn`t available, young people and adults get their smart phones out and click their way into the right song number.

An electronic version of the songbook makes it possible to search for words, sentences, or song numbers. By using available technology, singing in BCC`s gatherings has gotten a boost. Lyrics are more legible and accessible, so everyone can sing from their hearts. 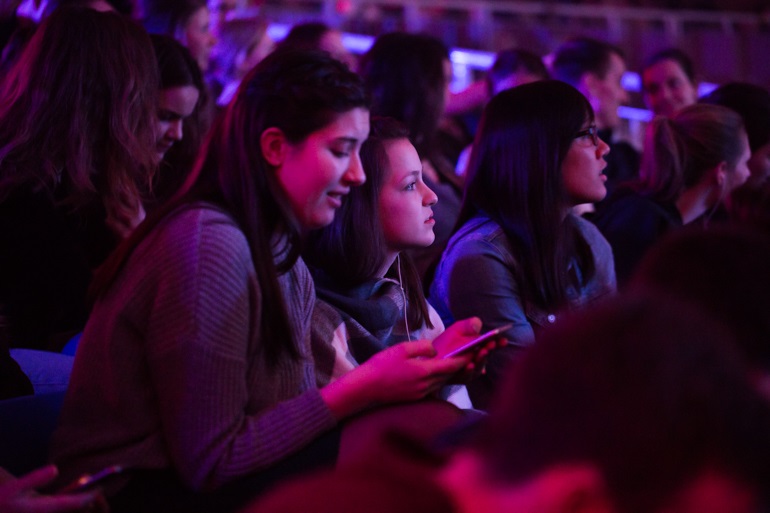 Very few young people use a songbook during meetings, since everything they need is accessible by smartphone. Photo: BCC

Songs for over 100 years

The first version of the songbook Ways of the Lord was published in 1914 with 56 songs. Today`s edition contains 472 songs suitable for different occasions. It includes songs of praise, songs for young people, prayers, revival songs, and songs that strengthen the Christian faith and give comfort. The songbook is printed by Hidden Treasures, which has published Christian songs, publications, and literature since 1912. The name Ways of the Lord comes from Psalms 138, verse five: ʺYes, they shall sing of the ways of the Lord, For great is the glory of the Lord.ʺ

In the summer of 2021 Skjulte Skatters forlag came out with an updated version of the songbook, and it is now available in digital form on the website songtreasures.org. Through an app in several languages, and with a number of additional features, “Ways of the lord” is available for Christians all over the world. We hope the songs can gladden those who want to sing about the ways of the Lord, to His name`s glory.