BCC is putting an effort into film and media production in order to convey its Christian message. BCC has had its own TV channel for more than seven years, but both BCC and BrunstadTV aim to keep pace with professional developments in the digital world that provide great opportunities to spread the Christian message to even more people.

These are busy days at BrunstadTV`s offices at Ryen in Oslo. Approximately 20 staff members are here on a day-to-day basis, of whom the overwhelming majority are under 30 years old. They have recently completed a two-day creative workshop to come up with new ideas and plans for work in the future. 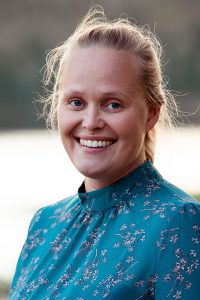 “We wish to say more about what we believe”

“We would like to put our efforts into programs for youth that include short, informative films illustrating and explaining the Christian gospel we teach,” explains Elise Schøll, one of BrunstadTV`s editors.

“We have to think outside of the box and change constantly. Up until now, BrunstadTV has focused largely on broadcasts from our international conferences and other sendings from the main auditorium at Brunstad.

This will continue, but in the years ahead we will also produce a lot of content for everyone who wants to hear more about what we learn and believe in.”

Getting inspiration from the young people themselves

She mentions that from now on, they will focus more on youth as a target audience. A manuscript competition was launched during BCC`s Easter Camp last March, inviting youth to send film manuscripts shedding light on our beliefs and what we stand for in BCC, explains Schøll. “Over 70 different contributions were sent in, and we have selected the best of them to take with us in planning future content for BrunstadTV.” 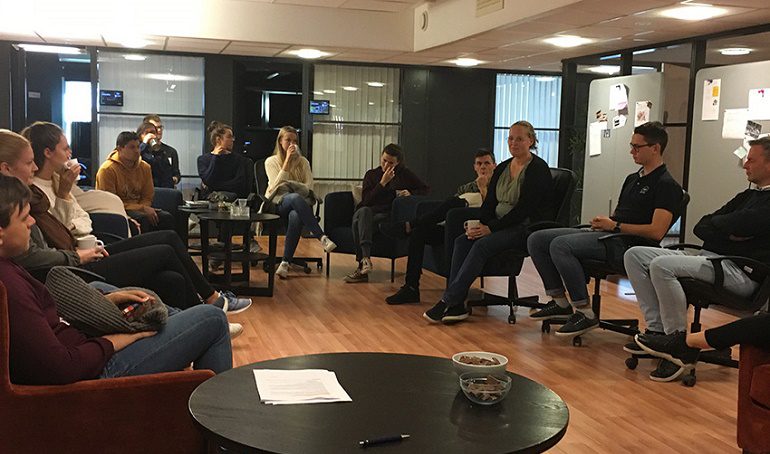 BrunstadTV hosts biannual creative workshops, with professional updates and development of new ideas and concepts on the agenda. Photo: BCC

Keeping up with trends in the media industry

“The general trend in communication and content transmission is that more and more content is created as film, in particular shorts. If we are to reach more people with our message, we have to produce digital content which is tailored to different target groups. With this in mind, BrunstadTV wishes to use platforms like YouTube and net-TV more actively.”

This new focus is a collaboration between BrunstadTV, the missions initiative Active Christianity, and BCC`s communications branch. One of the stated goals of the workshop was to land on new ideas for collaboration, for example that BCC`s net-based mission pages could benefit from BrunstadTV`s competence. Another goal is for concepts to be internationally relevant and capable of translation in multiple languages and for different target groups.

Four task groups sat together during the workshop and cultivated suggestions which were presented for everyone on the final day. Elise Schøll related that several concrete ideas for content and suitable formats for different platforms resulted from these brainstorming sessions. 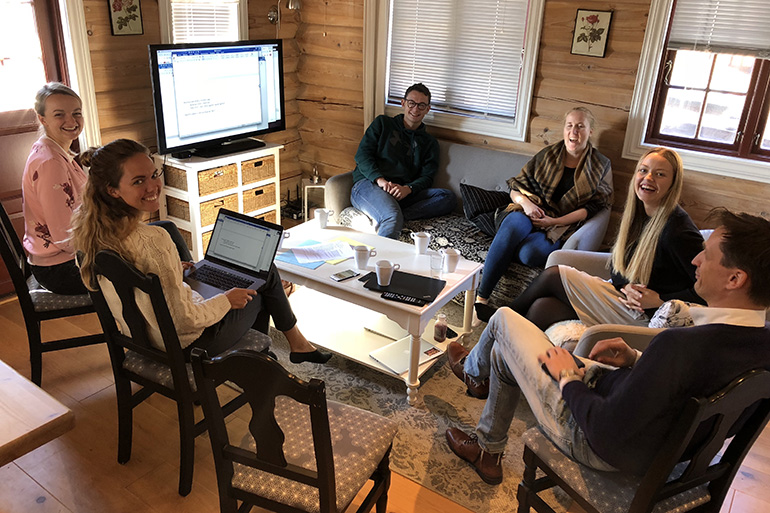 “Editorial staff will now continue working with these ideas. BrunstadTV will certainly spend time in 2019 producing programs and concepts which build on ideas from these groups and other contributors as well.”

“We look forward to creating content for new target groups, and also spreading knowledge about our faith to those who are curious about what we believe and who want to know more about what a Christian message can supply for modern people,” she says with enthusiasm. 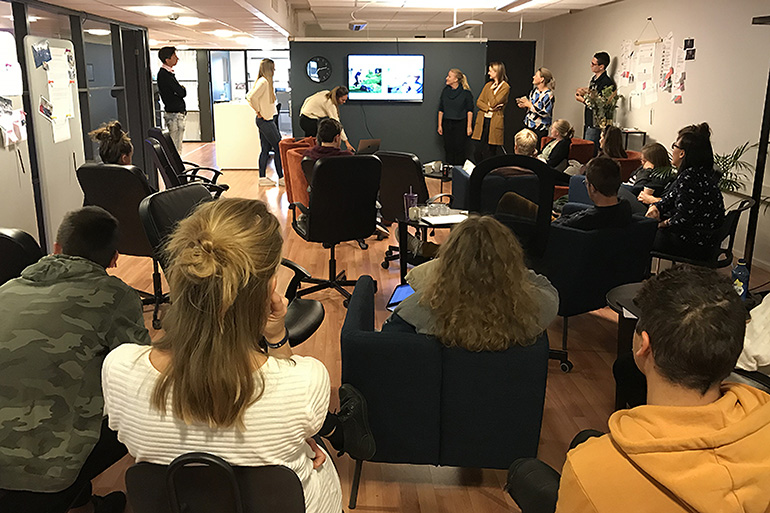 On the final day new suggestions were presented to the plenary – and interested staff members could offer praise and/or constructive criticism for the other groups. Photo: BCC