While many thousands are gathered at Brunstad in Norway to the Summer Conference, there are even more around the world, sitting and following along via BrunstadTV. The message is translated to 17 languages, and in the Amazon in Brazil, a zealous translation team is sitting and translating the transmissions to Portuguese.

The BCC membership numbers have been steadily increasing over the last decades, both in Norway and world-wide. Besides the more well-known European languages English, Dutch, German and French, the conferences are translated to such languages as Turkish, Russian, Bulgarian, and Chinese, just to mention a few. 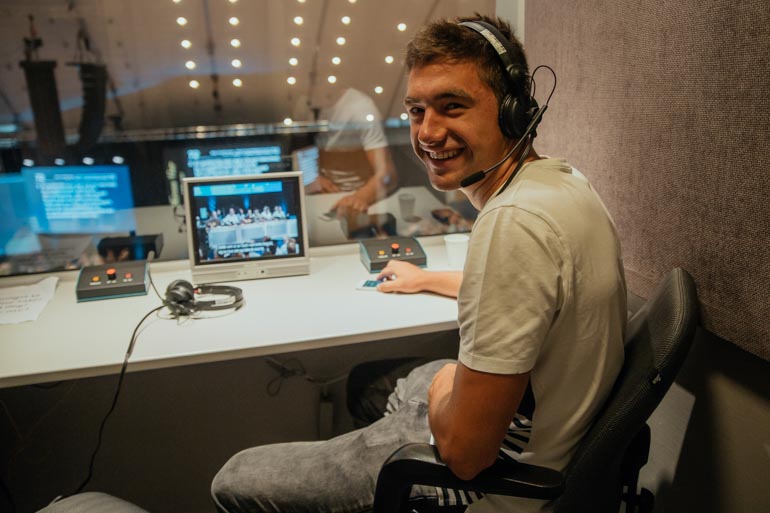 From the translation booth. Translation to Rumanian during the current conference, with a panorama view down on the main hall at Brunstad. The facilities here are much better than in Brazil, but in common for the interpreters is the involvement in conveying a common message. Photo: BCC

Spanish and Portuguese are also important languages, mainly based on the increasing numbers of members in South America. Among these are are five BCC local churches in Brazil, making up in all around 300 members. In a little village in Para in the Amazon, some motivated ladies rig up the technical equipment which ensures that their translation is sent on to the five different local churches in the country, which are all Portuguese speaking.

Eloane Costa (33) comes from Para in the Amazon, and following her participation in BCC’s youth program YEP in Norway, she both understands and speaks very good Norwegian. She has been the driving force to get BCC’s conferences in Norway translated to Portuguese, and since 2013 she has translated the transmissions in Brazil. Together with her is Leidiane Lima, Ionara Araujo, Adriana Costa and Aline Santos, all 22 years of age. These took part in a corresponding YEP program in Norway in 2015/2016. Having come home last year, all four have contributed to the translation work. 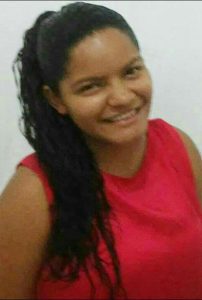 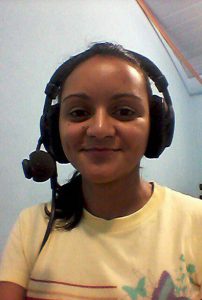 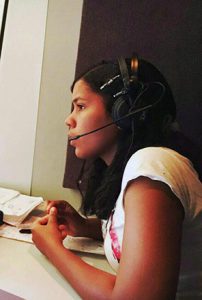 Long-distance translation: Ionara, Eloane and Aline in action from Para, in the Amazon. Photo: BCC Brazil

Technical Investments and Transmission Station in the Jungle

Ionora (22) tells us that the technical side functions are much better than previously, after they invested in a new internet solution in the meeting hall in Para. Some years ago, we experienced problems with receiving signals from the TV transmitters, she explains. So, we decided to invest in a new solution which enabled us to use streaming via the net instead. It was a bit difficult, since we live far into the Amazon, but we got it together and now everything works much better, she confirms satisfied. Members from BCC in Germany helped us to purchase transmission equipment to the translation work itself, so now we translate everything, right here from Para. We also transmit this to the other four churches in Brazil who are watching Brunstad TV in their own churches. 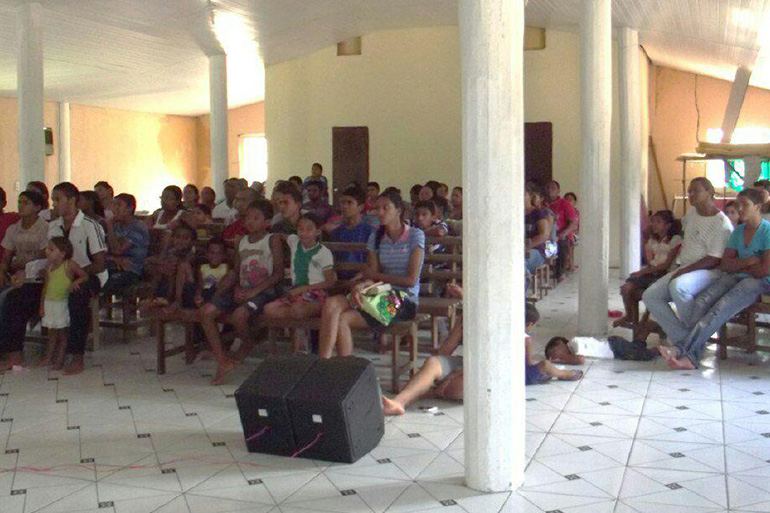 The Church in Para gathers to watch the streaming of the August Conference, where long-distance translation to Portuguese is integrated. Photo: BCC Brazil

Words, Atmosphere and an Important Message

Eloane, who is the veteran in the group, does not hide the fact that it can be a challenge to deal with technical problems that sometimes pop up during the transmissions. It is difficult to keep one’s concentration when one suddenly finds that nobody is able to hear you any longer, she smiles. Adriana thinks that the greatest challenge is to translate in such a way that the atmosphere and power is conveyed, just as much as the words in the translation.  We want more people to be able to have the opportunity to see and hear what is preached at BCC’s conferences in the best possible way, because we know that it is a message that helps those who want to live as disciples of Jesus, they tell us.

Eloane and the others are themselves very glad for the time they had on YEP.  There we learnt the Norwegian language and could hear and understand the preaching directly. It has meant so much for us, and helped us personally. We made many friends there, and our hearts are along in what is preached from Brunstad. The best thing with translation work is that more and more can be given the opportunity to hear the same. We ourselves are very encouraged by what we hear, and at the same time can be a blessing and help for many others, she concludes. 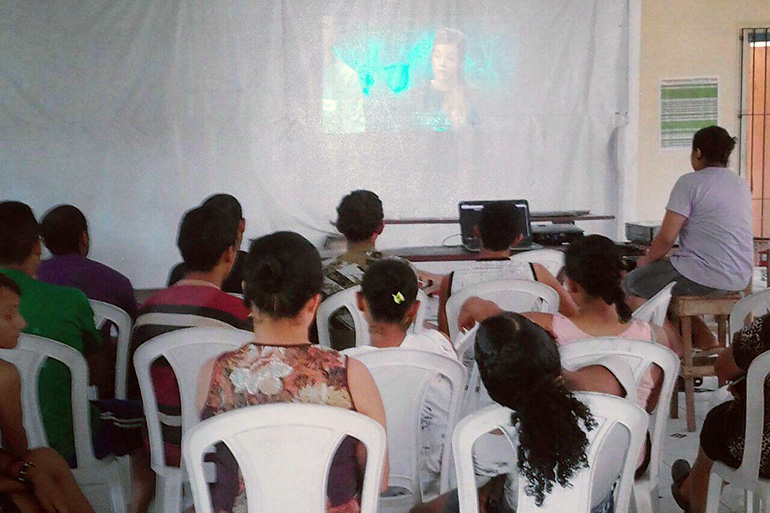 Also in other places in Brazil there are groups who are following along with the transmission, with the same translation. Photo: BCC Brazil