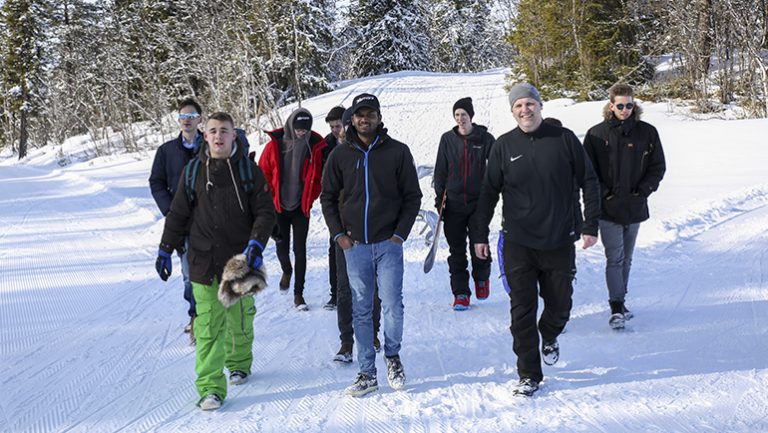 In the beginning of March BrunstadTV traveled to its yearly winter workshop. Along in the cars that weaved their way up the twisty roads toward the mountain lodge on Liatoppen, were young people of eight different nationalities, that are taking part in BCC’s international Youth Exchange Program. 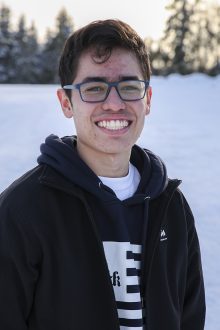 – This is the first time I got a snow wash, gasps Gadiel Lazcano (18) from Mexico a few hours later. He brushes the snow off him right after making a rather cold acquaintance with the Norwegian winter night. He and some friends have just come in from the cold, and are still elated over the powerful northern lights they suddenly saw outside. – we were sitting in the lodge, when someone cried out that there were northern lights. We just ran out, without our coats, to be able to catch a glimpse, and then we had a snow bath afterwards, he laughs.

The participants of the workshop have a two day long jam-packed program. New ideas are being developed for both Children’s TV and documentary programs, and professional training is given in light, sound and image production in small groups. Both the BrunstadTV’s employees and the youth that are along in the event were reminded of BrunstadTV’s vision, which is to create inspiring programs for both children and families. 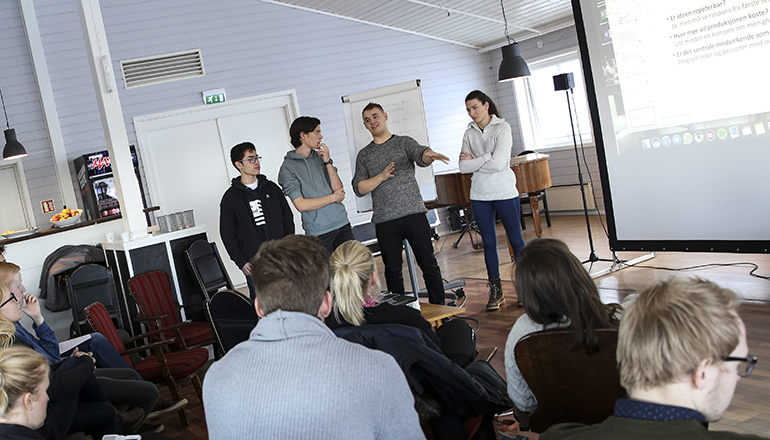 Along with Gadiel, young people participate from such places as Hong Kong, India, Poland, Canada and USA. In addition, there are young people along from both Switzerland and Norway. Everyone at present lives in the Oslo area and are connected to the local church there this year. There they live together, participate in the Brunstad Bible School, and contribute with voluntary effort in various ways.

– I was lucky to be able to come to BrunstadTV, which was my first choice, Gadiel tells us. –In school at home I studied graphic design, and in BrunstadTV I learn more about image processing and editing, and I help with small tasks where I can. I enjoy the environment very much, he says satisfied.

Originally Gadiel comes from Léon, a large city in the center of Mexico. The city has a population of approximately two million, and Gadiel’s family were part of a little group of Christians who got into contact with BCC some years ago.

– When I was about seven years old I was visited by several youth from the church. They came from Norway, Germany, and Finland, and I well remember that they did many fun activities for us children. Some years later my family became a part of the church, and when I got to be twelve my elder brother was invited to YEP in Norway. When he came home a year later, he told me it was the best time of his life. He told me so much about everything he had experienced and all the friends he had made. Right from that time I wanted to travel there as well! I finished school with the aim of coming here, and now I am here, he smiles. 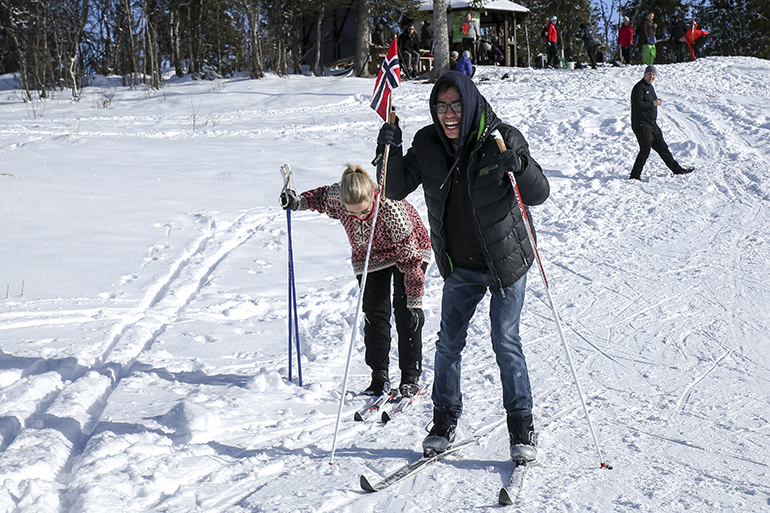 Gadiel borrowed some skis and took up the challenge to try!

There is no doubt that Gadiel is living his dream. – I am experiencing so much here in Norway, and not least I have got my chance to get to know the church better. At home we hear the preaching via TV and the Internet, but here I get to hear everything direct from the podium – that’s something totally different, he says enthusiastically. The weeks here are full of fellowship, activities and youth meetings, and once a week we have sports activities. And I really love the visit evenings, where I get to be acquainted even better with the Norwegian culture. The only thing I miss from Mexico is the food and weather, he says with a smile. 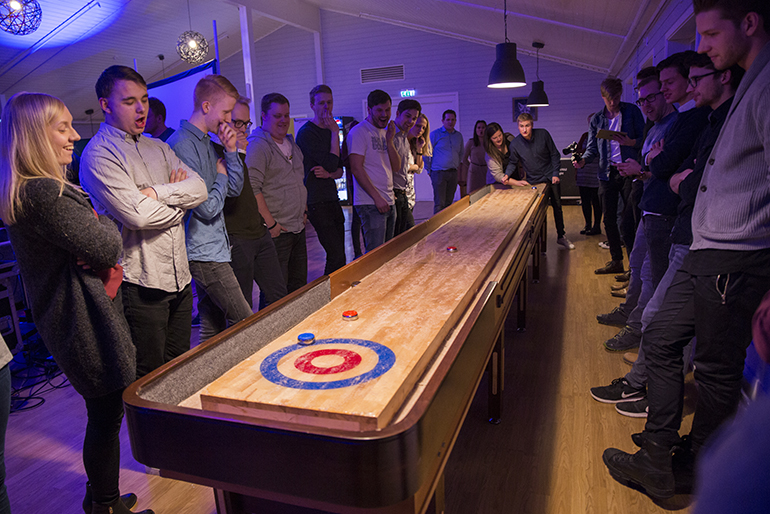 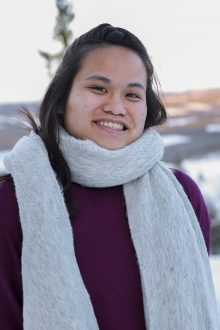 Among the youth from YEP, we also find Joyce Wong from Hong Kong, who has been in the program for a little over a year.

– I have seen the northern lights for the first time, and tomorrow I will be going skiing, so that will be two more things crossed off on my “bucket list” she says laughing.

– It has been a «once in a lifetime experience». I have learnt Norwegian, been along in learning masses at BrunstadTV, and got friends who I never knew I was going to make.

When asked what she had learnt most about in this year, she had to stop and think. Then she tells us that one of the most important things she had learnt was that things which seem impossible and huge in the beginning, turn out to be pretty small after a while.

– We live in a house with 14 girls from different countries, and in the beginning, we were very different. But many of the things that I saw as big problems, I just have to laugh about them today, she smiles. – I know that I will only experience this once, and now I am soon going home, so actually I just want to use the opportunities and all the little pleasant moments that come up every day! The ones who I felt I would never get on with, are perhaps the ones I have the best relationship with today. I have made so many friends here, and I know that this will form memories that I will carry around with me forever. 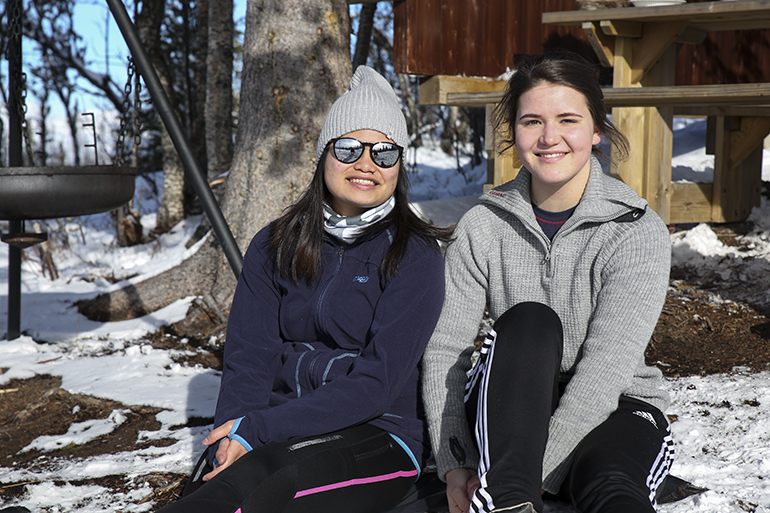 Joyce has made many good friends in her time at YEP, here with Karethe 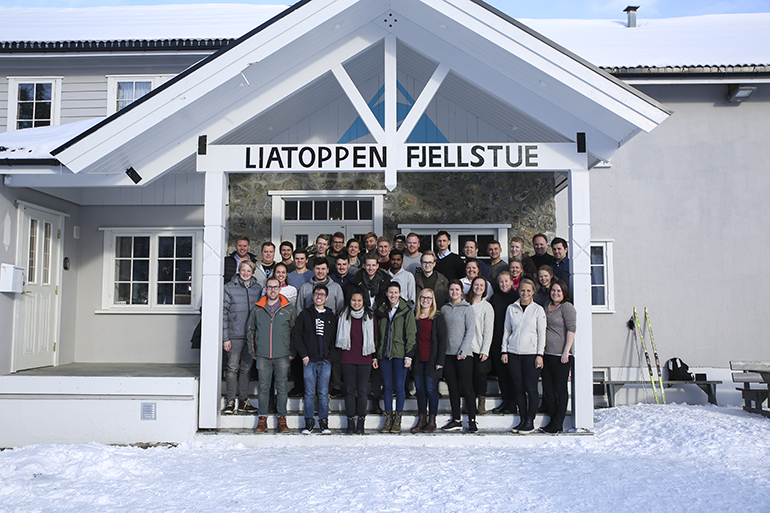 Two jam-packed days in winter-land are over. The group picture must be taken before the gang turns their face homeward to Oslo. 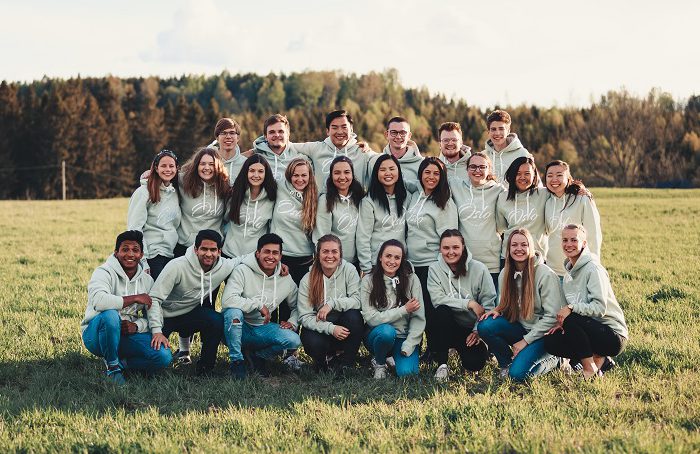 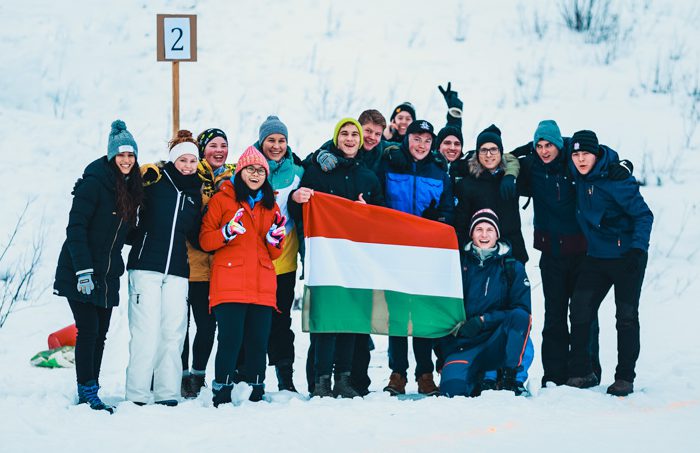 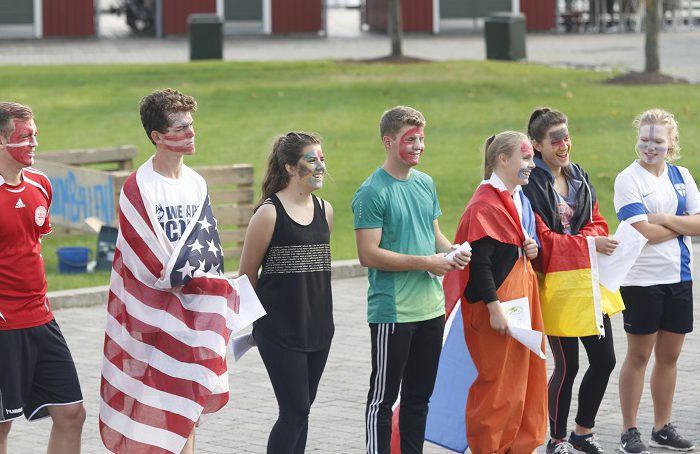