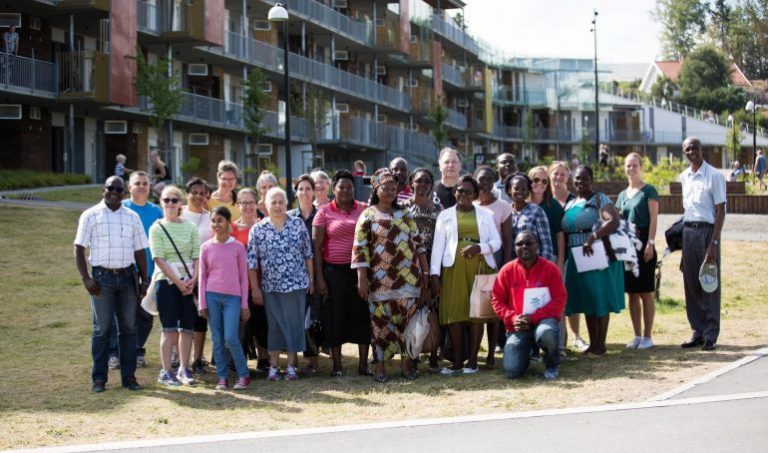 BCC is a religious community with a presence on all continents. We have major missionary endeavors, many annual international conferences, and our own TV channel. Even without paid leaders, this work still costs money. How is the international mission financed?

As with other Christian denominations, the work in Brunstad Christian Church (BCC) is mainly financed by donations. This is the basis for further operations, and in this article you can read more about how members of BCC contribute so the primary groups involved can carry out the various missionary activities.

Voluntary contributions create commitment, and in our experience church members are very dedicated to following along with how BCC uses its monetary donations. That is why we prioritize making annual reports, updating both the membership portal and website, and in addition we have monthly information broadcasts where members are apprised of what is happening in BCC.

David’s Columns- a tool for collections 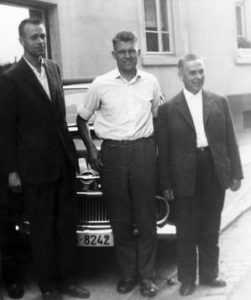 A mission trip in Europe during the 1960s. Arild Tombre, David Nielsen (middle), and Sigurd Bratlie. Photo by BCC.

For many years the phrase “David’s Column” has been a well-known expression for members of BCC.

The name has a somewhat exciting history and originates with someone who for many years traveled frequently as a missionary for the church’s international ministry. It is now almost 20 years since David Nielsen from Switzerland came up with an ingenious idea that would prove to have a huge ripple effect.

At that time, BCC’s local churches had already for a few years gathered for the so-called Brunstad Feast, an international television broadcast which is organized twice a year for members all over the world. Initially, these celebrations were much about raising money for the new convention center at Brunstad, which underwent a historic renovation and expansion in the early 2000s.

David Nielsen was passionate about the completion of the new conference facility and wanted to be able to contribute by saving for fundraising between the celebrations. In his everyday life, how could he be motivated to donate small amounts that would add up to a larger amount for BCC at the next feast?

David Nielsen’s idea was simple but struck a cord at a time when there was great enthusiasm among BCC members to get the construction project completed at Brunstad. He made a makeshift savings box that looked like a column, made up of several empty toilet paper rolls, which were the right width for stacking Norwegian 20-kroner coins.

After some simple improvement measures, this creative idea quickly spread to members in many other local congregations, in an enhanced edition that was spontaneously dubbed “David’s Column”. The idea was to fill the columns as full of 20 kroner as possible, which was then collected and counted in connection with the Brunstad Feast every six months.

A simple idea with big results

One can use the phrase “many a little makes a mickle,” because today monetary gifts from “David’s Columns” amounts to about NOK 67 million per year.

The physical plastic columns have now been replaced by more practical bank transfers, and the donations from the “David’s Columns” do not go to development at Brunstad. The money goes to missionary activities that reach countries around the world.

The “David’s Columns” are still a concept, and the donor scheme has a high level of support among our members. In 2019, the standard amount for the gift from adult members was NOK 1,000 per month, i.e. NOK 12,000 annually. In countries that have lower purchasing power than Western countries, the standard amount is considerably smaller.

Although support is great for “David’s Column,” donations are voluntary. If you do not want to participate, or do not have the financial opportunity, this is a personal matter. It is also arranged so that pensioners and other lower-income groups can contribute with half of the standard amount for a “David’s Column”. 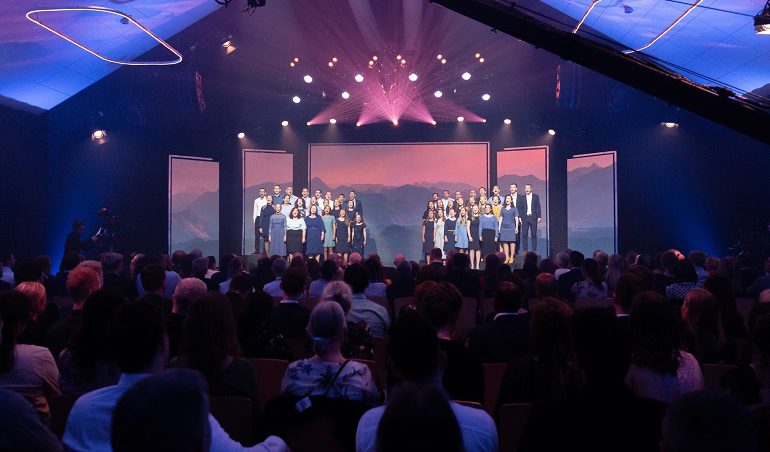 A TV broadcast and mission feast in Fulda, Germany in spring 2019. Photo by BCC.

The televised Brunstad Feast, which started in the 1990s, has continued to gather our church members every six months, and has gradually been described as a mission telethon. In addition to the revenue from “David’s Column,” the additional collection raised in conjunction with these televised celebrations is slated for missionary activities.

The mission gifts of BCC members are therefore twofold; a monthly gift within the David’s Column program, and a gift specifically for the mission celebration.

On average, Norwegian adult members over the age of 18 gave NOK 780 in the last mission collection, which was in November 2019.

In addition, we have collections during international conferences. Of course, how much the individual gives to collections depends on each one’s own desire and opportunity.

Today, the revenue from collections in BCC is approximately NOK 30 million per year.

Together, the monthly savings plan “David’s Columns” and the semi-annual missionary collections constitute the financial backbone of our church’s missionary activities. 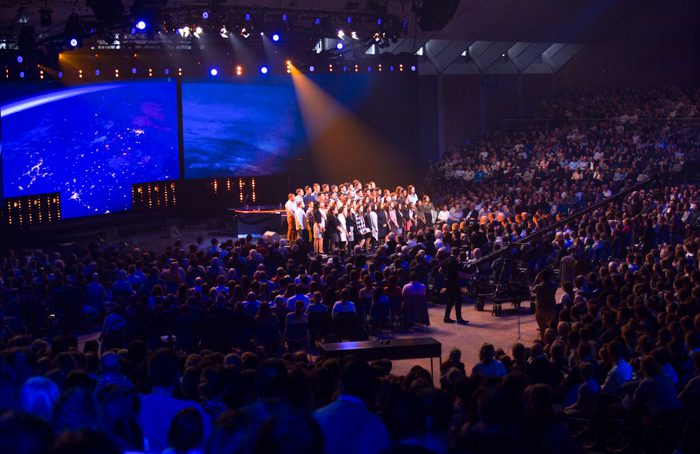 BCC WILL BE A FEDERATION IN THE FUTURE