BCC’s youth program consists of around 350 participants from 31 different nationalities this year.  In the year ahead, they will participate in an extensive program with Bible studies, church life, volunteer work and cultural exchange.

Getting young people from 30 countries to learn Norwegian is a rather unusual cultural endeavor, but BCC is the only Norwegian denomination with international presence. It was here in Norway that the first small flock of friends began to gather around the Christian message, and here at Brunstad in Vestfold, the church’s gathering place has been built and grown for more than 60 years.

Norwegian is thus the main language in the organization, and it is a great advantage to know the language so you can understand what is said at the international conferences in Norway.

At Brunstad, BCC has also established a Bible school that accepts students from all around the world. Here they are given an education in the Christian gospel, biblical history, the Norwegian language and culture in a multicultural environment. These young people meet friends from all corners of the world, and speaking the same language opens up a whole new world with better possibilities to be included in the community. 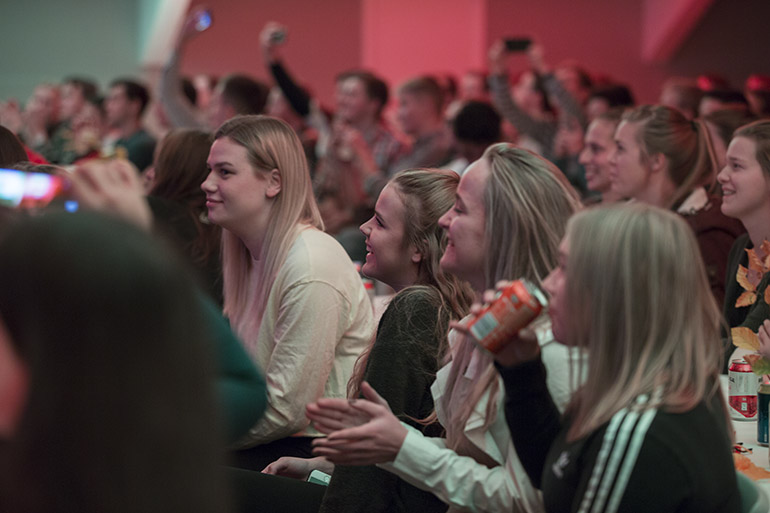 Communicating in Norwegian from Day One

At Bible School, all the classes are held in Norwegian. The goal, therefore, is that as much communication as possible takes place in Norwegian, right from day one. “We make it very clear that the young people need to learn Norwegian before they apply to come here. In addition, we offer an intensive Norwegian course for the first two months of the school year,” explains Jane Courage, who works with facilitating the study program for Brunstad Bible School.

For several years Jane has been involved in facilitating online Norwegian studies for young people who apply for the youth program and others wishing to learn Norwegian. Using online resources for language training makes it possible for both local groups and individuals to learn the language before they come here. 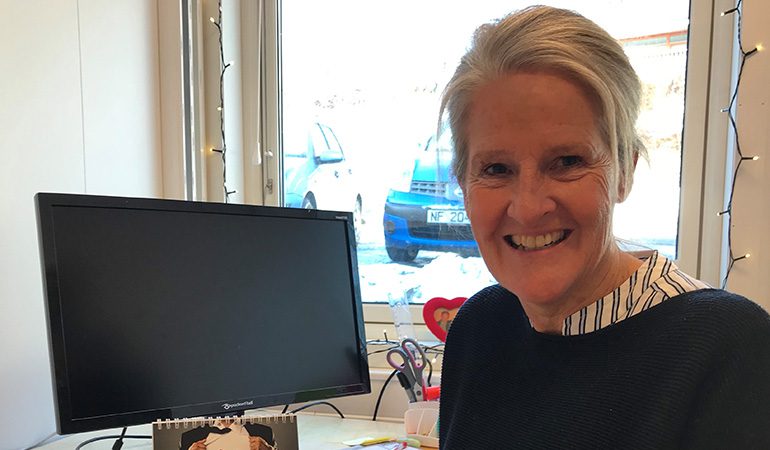 Jane Courage has worked for many years to ensure proper language training for the youth program. Photo: BCC

The local effort around the world produces results. “There has never been such a high level of Norwegian competency as there was among the young people that started this autumn,” a pleased Courage says.

This is partly thanks to the preparatory courses the students have completed, and the volunteer instructors that have run Norwegian courses in the local churches in the evenings.

“It may be former Bible School students, or other adults who have learned Norwegian through the years they have been along in BCC. The involvement has been unbelievably great, and we think this is just fantastic,” she smiles.

READ MORE: The Translators in the Amazone

Different dialects and accents can be challenging 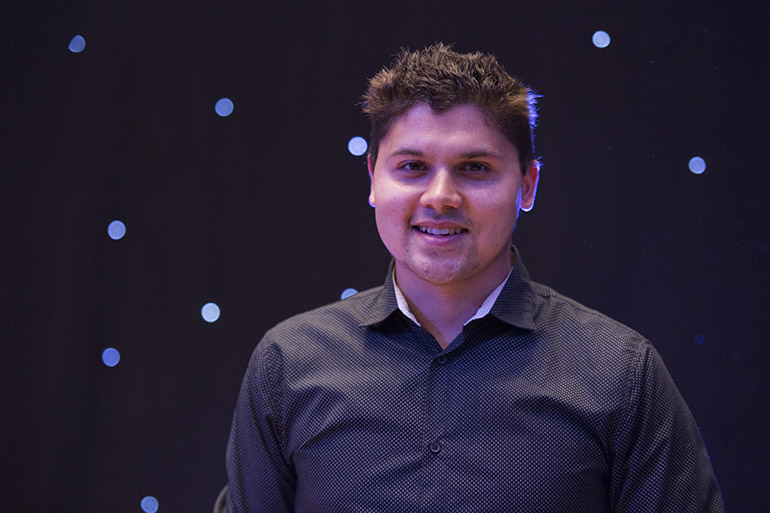 Matthew Rhoda from South Africa makes use of his Norwegian skills with BrunstadTV. Photo: BCC

One of those who made an effort before his year in the youth program is Matthew Rhoda from South Africa. He is participating in BCC’s youth program and contributes to BrunstadTV.

“I decided to learn as much as possible before I came here,” he says. “In my local church in South Africa, we had a six-month course, with good teachers. It was a good foundation before I came to Norway, but it can still be challenging to understand all the accents, tones, and dialects here,” he says, smiling.

From Hong Kong to Oslo

Pia Wong from Hong Kong was also well-prepared before coming here. Before her year at Bible School, she took a year exchange study at the University in Oslo, where she also took Norwegian courses. 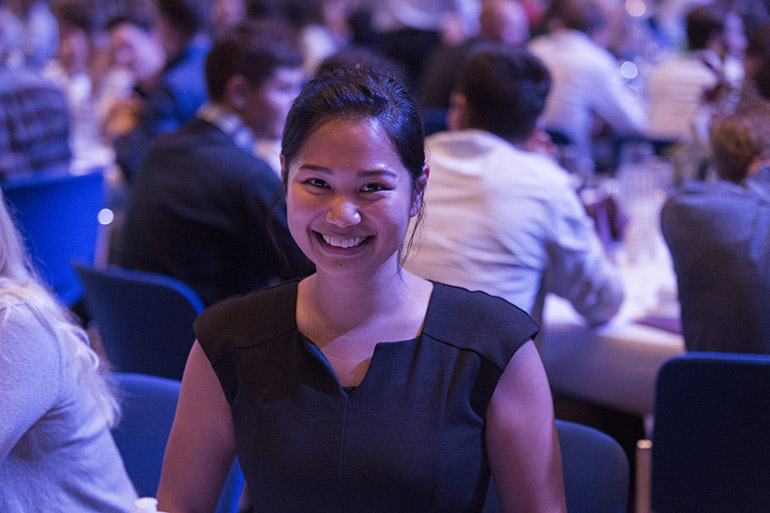 “It actually took four months before I began to understand what was being said in the classroom, but I resolved not to give up, even though it was difficult.” Now she has big expectations for the year at Bible School, where she looks forward to making new friends for life.

“I am proud and happy to feel a part of the community here, thanks to learning the language beforehand. It has really been worth all the effort. You should never give up,” she says. 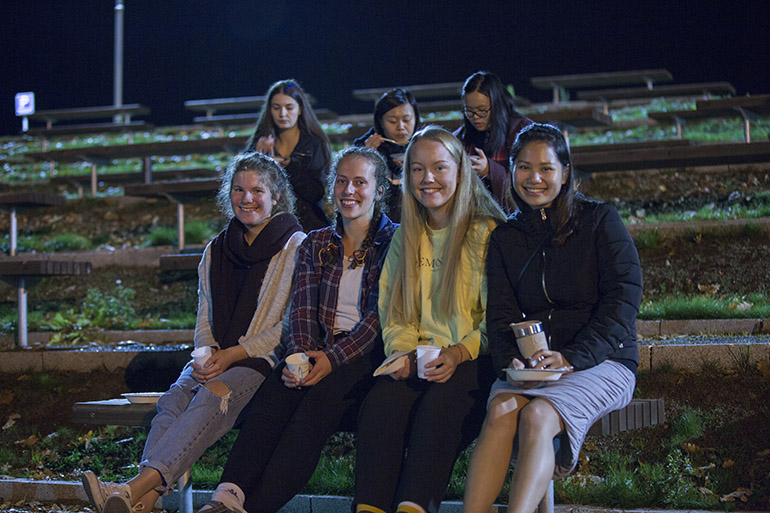 Pia (right) has already made many new friends and looks forward to being together with them in the year ahead. Photo: BCC 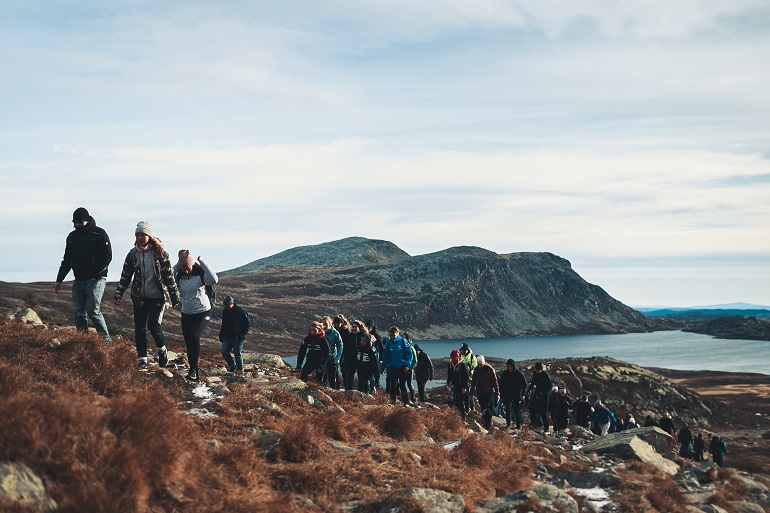 Participants in the youth program went on a hike together earlier this month. Photo: BCC 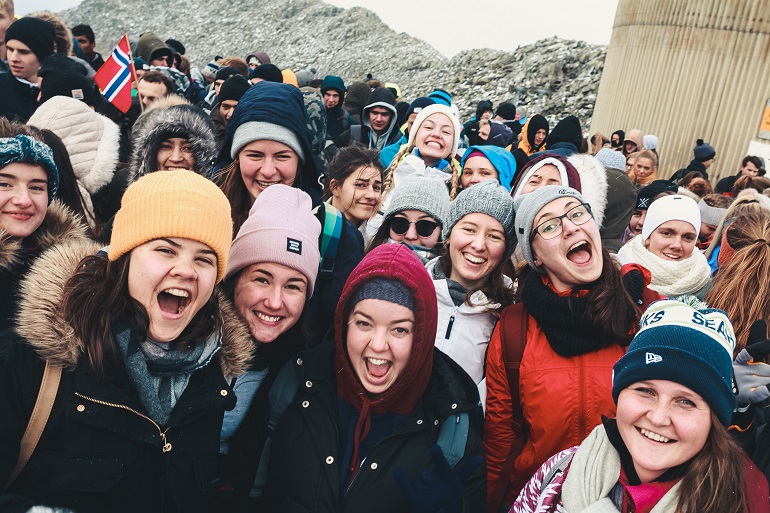 A happy gang that reached the top of Gaustadtoppen. Photo: BCC