While 9,000 people from all corners of the world gather for BCC`s Easter event in Norway, more than 60 of them from outside Europe have had to apply for visas. And there are some who go above and beyond to ensure that everyone invited can get an entry visa and a chance to participate.

We meet Jane Courage (64) at her office on a cold, yet sunny winter day. She works here for Brunstad Bible School, in administration. In addition, she is heavily involved in visa application cases, which she has been committed to for more than 10 years.

BCC has arranged international conferences for many decades, and she explains that conference guests from many countries outside the European Economic Area (EEA) are required to apply for a visa before they can visit Norway.

BCC invites many participants every year

For this reason BCC sent invitations a long time ago for the Easter events planned at Oslofjord Convention Center next week. These invitations, amongst others, are sent to people in India, Sri Lanka, China, Russia, and also a bundle of African nations. What is more, young people from the same places were invited to Easter Camp, which starts this weekend and lasts almost until the Easter conference starts next week.

BCC`s missions budget contains earmarked sums for covering the cost of stay in Norway, so that people from countries with weak purchasing power get the chance to come to these events. Six youth from India came to the Easter camp, as well as others.

Jane says that no news is good news. «When there are issues with visa applications, I tend to get a message about it. And then I help as best I can, and inform the authorities handling the cases about the event related to the visa application.»

“Several of the guests at our conferences come from economically poor nations, and the Norwegian authorities have to insure against illegal immigration,” she explains. “This is why we only invite members who have participated consistently at our gatherings over a specific period of time. When it comes to recommending an entry visa, we have to know these people well, in order to be able to vouch for them to the powers that be.” 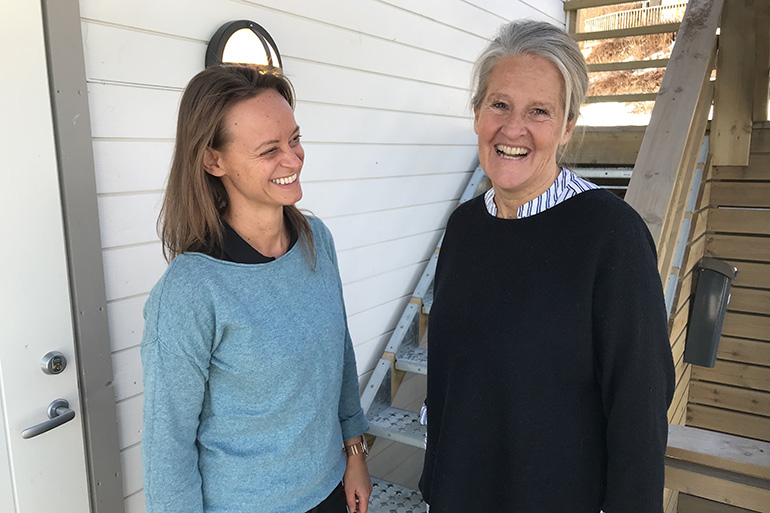 At work: colleague Kjerst says that Jane is well known for spreading cheer and getting things done. Photo: BCC

In cases where BCC has suspected that an invited member had other intentions than participation in our conference and subsequent travel home to his/her homeland, the application process for the visitor`s visa has quickly been halted. But Jane says that luckily, this has only been necessary once.

«It has actually never happened, in more than 50 years since BCC started inviting participants who are required to have entry visas, that they haven`t travelled home to their own country after a conference. This history makes it easier to get a visa to our conferences, even from nations that usually don`t gain entry to Norway.”

The trip which was almost ruined

Nevertheless, difficulties can arise in rare cases. Last year, for the first time, 12 Indian participants were denied entry for BCC`s women`s conference in March. But Jane didn`t give up so easily.

«We activated a pretty intense effort to get the applications reprocessed,» she discloses. “We achieved a good dialogue with the Norwegian embassy in New Delhi, and obtained the documentation that they sought after. At the last minute all of them got entry visas except for one. The reason for the rejection was more than likely because (contrary to the others) she was single and did not have property or a job in India. Therefore the embassy didn`t dare grant a visa at that time, and she lost everything she had saved for the trip. It was such a pity, because she had worked for it a long time,» says Jane.

Works proactively to provide information to the authorities 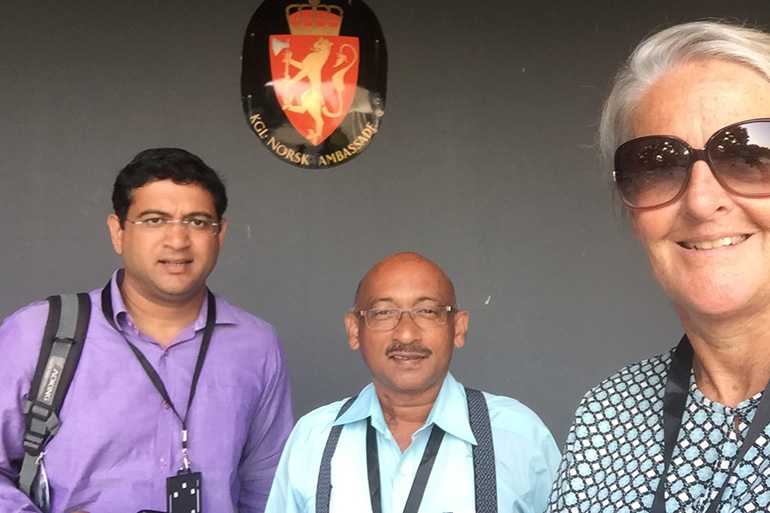 One has to take a selfie when one visits the embassy in New Delhi. Jane is pictured together with Daniel Falcao and Colin Oliver, representatives from the local church in India. Private photo

After the episode in March 2017, Jane decided to do something to ensure that a similar event wouldn`t happen again. She renewed contact with the Norwegian embassy in India, arranged a meeting for several months later, and traveled there herself. «It ended up being a very positive meeting, where we presented ourselves and told about our international work and our conferences. At the same time we gave them documentation which they can use to process future cases.»

She encountered a small Norwegian church as a 23-year-old

Jane is originally British. A gentle authority and sort of level-headed efficiency drift in her wake, and she is focused and goal-oriented, say those who know her. At the same time, she has a warm smile and a kindness that doesn`t escape notice. Large portions of her adult life have been spent working so that people from the whole world can come and hear the same Christian message that she herself heard as a 23-year-old. At the time she lived in England together with her husband Andrew, and they met a little church with Norwegian origins. The message made a big impression on both of them.

In search of the source

«We sensed pretty quickly that we needed to go to Norway and hear the gospel here, at the source,» she says. Eventually the couple ended up settling permanently in Norway, but they have also lived and travelled in several other countries at various times. This includes three years in Turkey in the 1980s, to help a church that was newly established at the time. «I have always been interested in people, and remember the ones I meet,» relates Jane, “We have had the opportunity to travel a lot for many years, and have been so lucky that we have gained friends all over the world.” 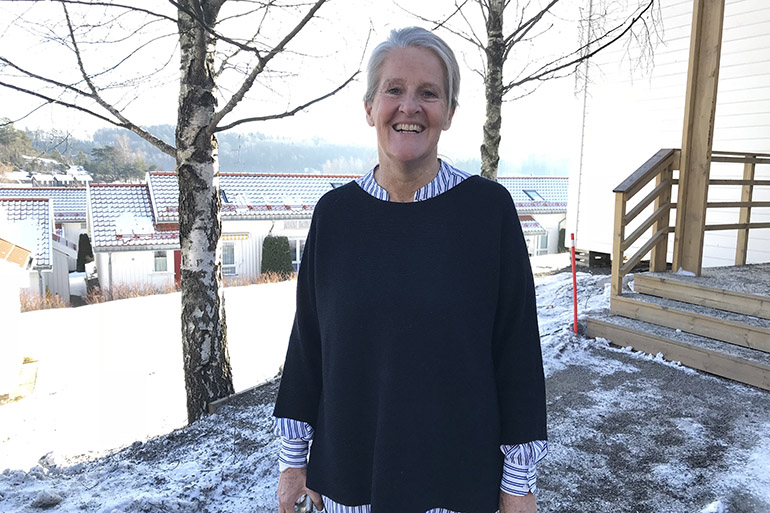 Through her work, Jane facilitates what is necessary so that many others can hear the same message that has made her so happy. Photo: BCC

As far back as their time in Turkey, Jane and Andrew have mobilized their enthusiasm so that those who join the church in other countries can also experience BCC`s international conferences in Norway. «For me, it is incredibly meaningful that people from around the globe gather here and take part in the same, clear doctrine. It is here we have our gathering place, and it is here that the gospel is preached most clearly and faithfully to what it was in the beginning,» she believes.

«For me, it is incredibly meaningful that people from around the globe gather here and take part in the same, clear doctrine»

«We really want them to come and see the church here, the way we have seen and experienced it ourselves. The last 20 years have been especially fantastic in terms of the development in this community. Last year we were on a trip to both India and South Africa. It`s like you want to say `Come and see!` to those you meet,” she continues enthusiastically, “The fact that I can help with visa applications that make the trip here possible is actually a privilege.”

Even though Jane and her husband have in one sense lived as a travelling missionary couple, she doesn`t recognize herself in that description. “I don`t see myself as a missionary, but more as a facilitator,» she smiles.

Friends of Jane describe a person who cheers, encourages, and makes contacts everywhere she goes. Not only that, but she makes important journeys possible for many people.