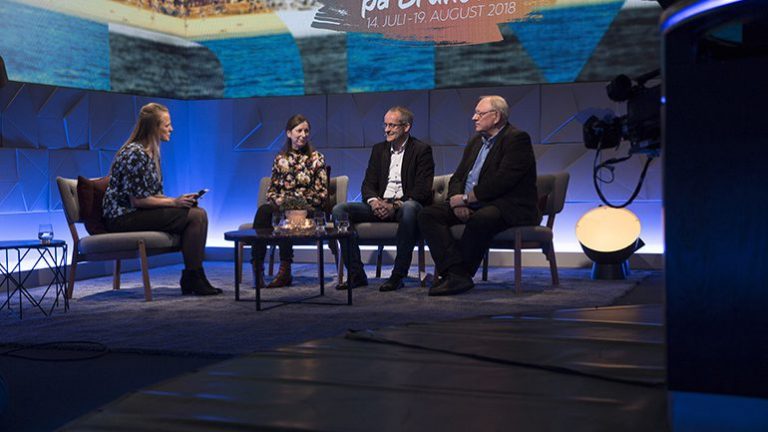 BrunstadMagazine is a TV show that gives members of BCC around the world information and inspiration on themes and projects that are important to them. February’s program focused on the summer conference of all time coming in 2018.

In January, around 100 representatives from various local churches compiled ideas for this year’s summer conferences, and BrunstadMagazine took up the baton and enthusiasm from the gathering. This spring BCC, in congress with the local churches, intends to make this year’s summer conference unforgettable for both our local and international members

More about the inspirational seminar here.

Faith is still the foundation, but the framework and organization are under development

Kåre Smith and Bjørn Nilsen, two of the show’s guests this month, discussed their visions of how the conferences will continue to be full of both spiritual content and good experiences. It is the foundation of faith that brings members together—this will not change—but the structure of the event can be developed further. We wish to use the practical and technological opportunities available to create the best experience for all nationalities who are guests at BCC conferences. It is also important that the up and coming generations hear the gospel, so the conferences have to evolve and facilitate inclusion and reception of the young.

Kåre Smith reminded viewers that it is God who works in each one both to will and to do in his/her life.  We are to bear one another’s burdens and share with our fellow human beings. Bjørn Nilsen underlined the importance of this foundation in our Christian community: to want to serve and provide, and thereby benefit others. 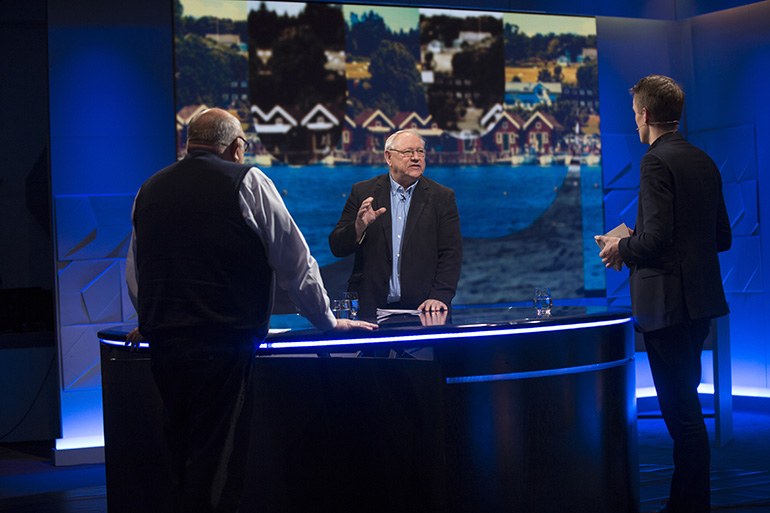 Kåre J. Smith and Bjørn Nilsen was the first pair of guests, and talked about bearing one another’s burden and our conferences as a good place to be for the next generation. Photo: BCC

Two Dutch guests, Hanna Kook and David Nooitgedagt, discussed the enthusiasm in their local churches for contributing performances and activities geared towards children during the summer conference. They want to use their experience from the Dutch children’s event “May week” which they arrange in The Netherlands every spring. This year, the anticipation among the Dutch for the conferences at Brunstad is even greater than usual, and Hanna explained that they wish to be contributors, not just guests.

“I have so many good memories from summers spent at Brunstad, and I have experienced inclusion and warmth from the other participants, including Norwegians.  Now we want to create the same experience for all of the children at the conference, contribute songs and musical numbers at gatherings, and also serve Dutch specialties.” 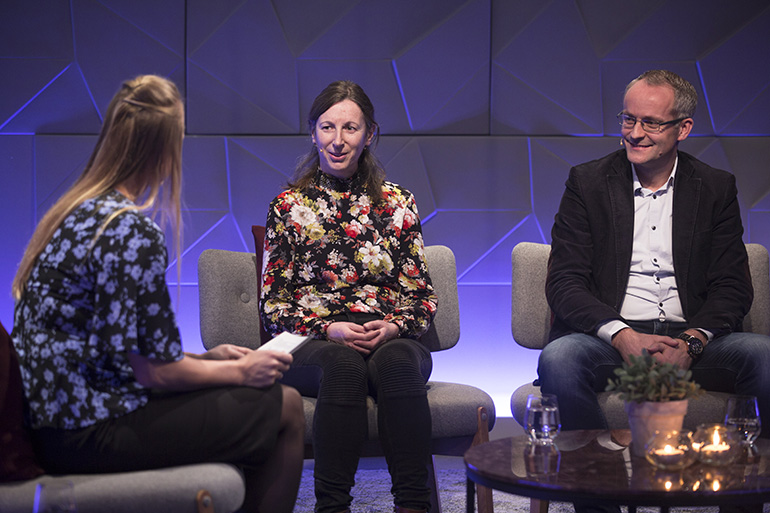 Hanna and David from the Netherlands have both spent many summers at conferences in Norway, and have several plans about contributing during this years summer conferences. Photo: BCC

This spring`s Missions feast will be in Canada

The final guest in the February episode was Kathryn Albig from Winnipeg, Canada, who told about this spring`s Missions broadcast which is scheduled in Winnipeg on April 14th. These “Brunstad Feasts,” as they are called, are held biannually and gather members from all around the world for edification, inspiration, and fundraising.

The local church in Winnipeg has set a goal to raise 10 million NOK for international mission work in BCC.  Kathryn said that the motivation behind this goal is their thankfulness for this mission work, which has also benefitted them.  One of the important tools in this work is BrunstadTV which streams all of the international conferences and events to members all over the world, including those in North America. 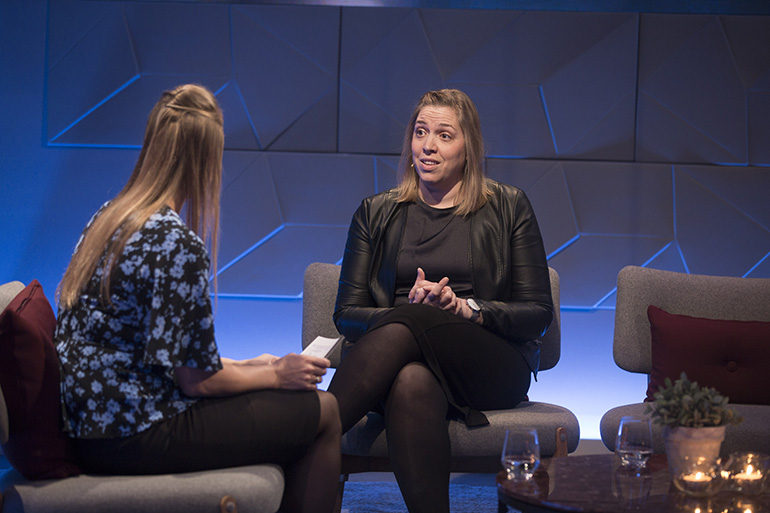 Kathy from Canada told about the plans for this spring’s Missions Broadcast, which the local church in Winnipeg is hosting. Photo: BCC

Winnipeg is far away from Norway, but members there can also follow along with edifying messages and information through the TV channel and the literature and media portal, BMM.  BMM contains songs, literature, and messages from previous years’ conferences.  Substantial resources are used to maintain the web portal and keep the content updated and available to all international members.  In addition, there is a daily podcast targeted at teens and young adults containing inspiration and encouragement for living a personal Christian life.  This is a valuable source of knowledge about the church’s faith and teachings for people from all places and walks of life.

A Children’s choir closes the show.

Sunday`s episode concluded with a new choral arrangement of the well-loved “Brunstad Song.” It is a love song to the conference center and community that has been the international gathering place for church members since the 1950s.  With this musical punctuation, the episode really set the tone for the coming summer, which many viewers have already begun to prepare for and look forward to. 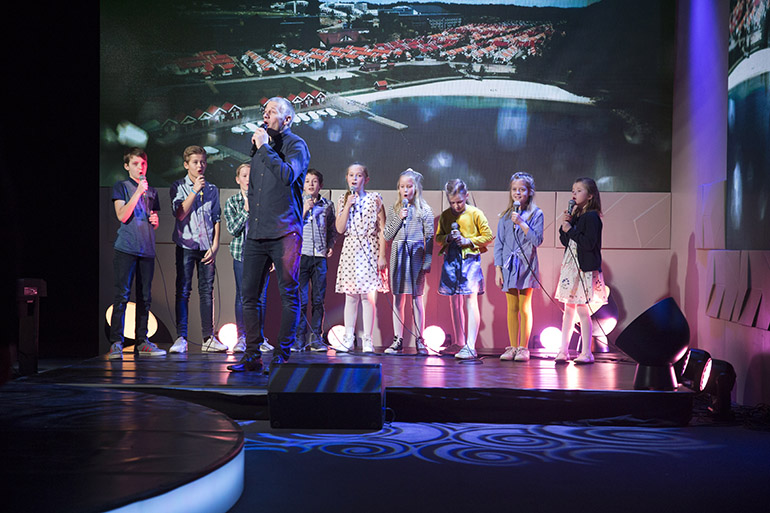 A radiant children’s choir closed the show with the well-loved “Brunstadsong”, a song with many references to the BCC-summers at Brunstad. Photo: BCC 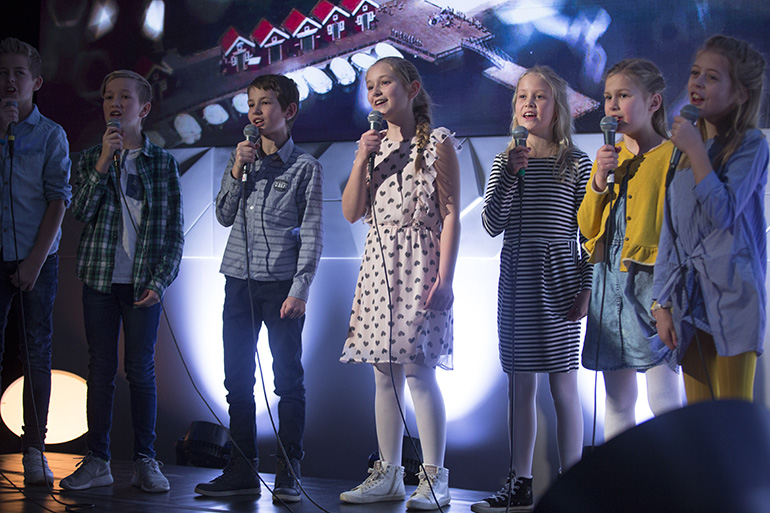 This musical punctuation heightened the expectations for the summer even more. Photo: BCC 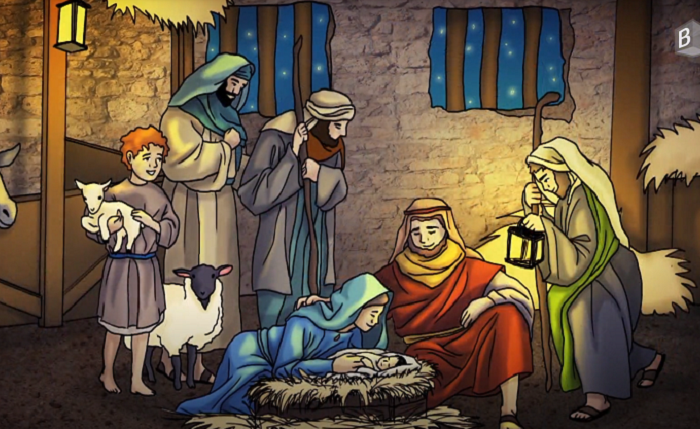 The Message of Christmas in Animation Film for Children 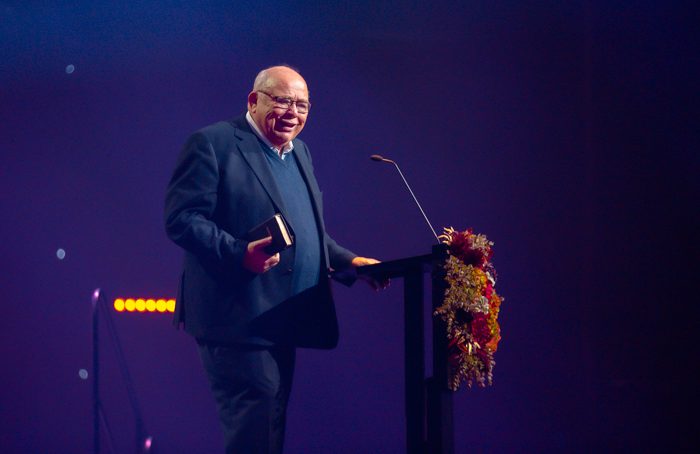