Recently, a new season for ice hockey players was kicked off, and nearly five hundred young people from all over the east part of Norway gathered to a banquet in Tønsberg.

The local team in Tønsberg hosted the banquet, and Dagfinn Lindberg from Xercize wished everyone welcome to the season start. Players were encouraged to use both the competition instinct and the will to win when playing hockey.

The feast focused both on a sporting and a spiritual theme. A film greeting from Kåre J. Smith was shown, who himself has been an avid driver in connection with the pursuit of sports and leisure activities for youth in a Christian setting.

-In the same way as we want to win in ice hockey, so we must also be gripped by Jesus Christ. Then you get gripped of overcoming, for example, your own irritation, so you don’t get upset, sad and depressed when you lose, but that you can also lose with a smile. Then the team works together can het even better the next time, added Kåre J. Smith. 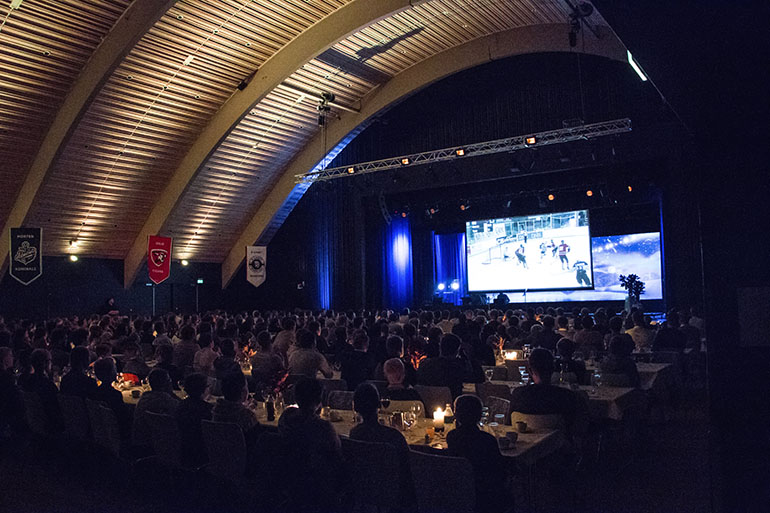 Good atmosphere in the room when inspiring movies appear on the big screen. Photo: BCC

Arranging the banquet to gather all the members

It is the third time that such a banquet has been arranged, and Raymond Hjellnes, 35, a member of the Xerzice team, believes it is necessary I order to get a good start of the season.

-We get all the members together, all the youth, and are given a perspective on what we are doing, which is greater than just being sporty, he says. The young people who are along here support the church’s beliefs, which is an important foundation on which we build our activities. 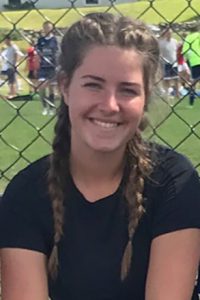 Every year, Xercize arranges several gatherings for the local teams, and Rita, 18, who plays for the girl’s team Jarlsberg Flyers, found the messages at the banquets to be right on the mark, practical and relevant to the youth.

– I get to learn more how I should behave on the field and how to look after the spiritual perspectives, in the midst of an active life with sport and everyday challenges-, says Rita.

She herself is coach for younger players in her spare time, and for this reason thinks that these gatherings are extra important to be able to focus on what is actually the main point about what we are doing.

-You can quickly end up in a bubble of competition instinct, where you can forget about the very goal of youth work. When you are a coach, you must focus on the young people and how they are, and not only teach them to become good athletes. I would also like to show them that I love them and that I have a care about them doing well-, says Rita.

A successfull start of the season

The rest of the evening was packed with good food, strengthening of faith and entertainment, so the banquet was a flying start to the season. Amongst other things, the whole hall was engaged in a “Kahoot” competition with a hockey theme, and the band “Benchboys” from Tønsberg entertained with several new hockey songs.

This evening became a proper kick-off for young people who will soon meet again, both on the ice hockey ring and in other arenas.