This was the curtain for the International YEP gathering at Oslofjord Convention Center in Vestfold, when youth from all over the world assembled to an activities weekend. With Brunstad Bible School as host, 450 young people were congregated to a feast, team tasks and fellowship.

Over the course of the last few years, joint YEP gatherings have been arranged for all BCC youth who are on an exchange year in Norway, Holland, Germany, Denmark and Great Britain. The gathering has taken place towards the end of the year, and again this year all the YEP groups meet together to mark a special time filled with friendship, studies, work and fellowship, now nearing its end. It was the Brunstad Bible School that had invited to the gathering, and the 270 students, together with the employees made a considerable effort before the weekend’s grand arrival. The guests came from all over Europe, and therefore there was a unique possibility of creating friendship bonds across the various groups.

A break from Studies

From day to day the weeks are pretty much the same for the Bible School pupils, with over 20 hours of studying, in addition to several study options, physical activity, voluntary work, and church life. A break from this is therefore something that the Bible School pupils have looked forward to for a long time, and together with young people from the other YEP groups as guests they took very seriously the role of being hosts. For several weeks prior to this, they have planned entertainment contributions, prepared group competitions, put up booths and made things ready for a proper celebration with an international character. 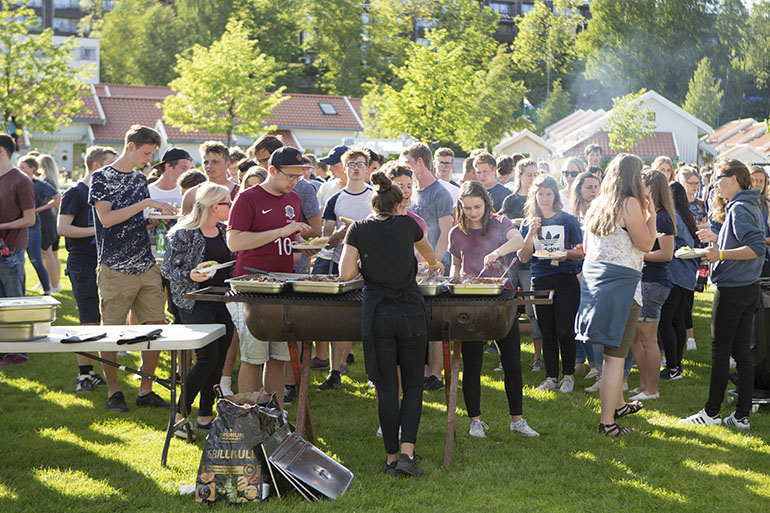 Brunstad Bible School were hosting a successful  Barbecue on Friday

«Around the World» as a Theme

The guests arrived on Friday evening to the whole beach area at Oslofjord Convention Center set up for a barbecue feast. The «Around the World» theme created an informal, relaxed and not least multi-cultural framework around the evening’s skerry concert, which was performed by many talents from among the youth themselves.  Fantastically good atmosphere, confirms Simen (21). He is a student at the Bible School, comes from Switzerland, and is one of those that has been along in making the preparations. He thinks it’s fun that the set-up was liked by the guests as well. 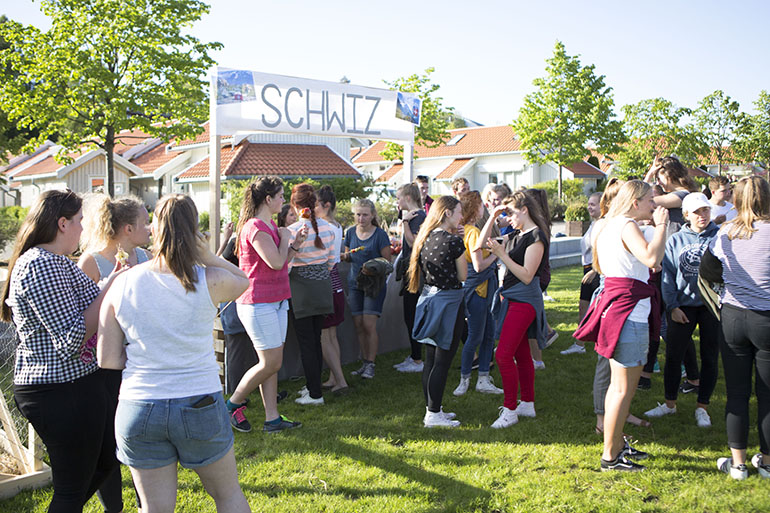 The Curriculum put into Play

On Saturday, everything was made clear for an activity day, and the youth were divided into teams that were to participate in a competition with Bible stories as the theme. Here the youth could test themselves as to how much they remembered from last month’s Bible School curriculum. Even though about half of the young people come from other YEP groups than the one located at Brunstad Bible School, they also follow along in the instruction via net streaming, and have therefore acquired much of the same knowledge as the Bible School pupils. 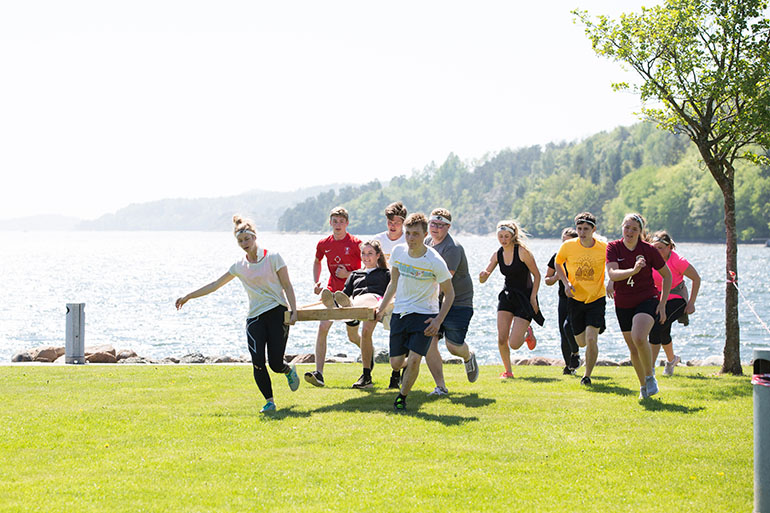 Full speed and concentration during the team’s competition on Saturday

The competition was created as a story with different items based on events from the New Testament. The whole concept was created with much humour and creativity, with a number of unexpected challenges for the groups. Actually, it was really fun, says Simen, satisfied. It went surprisingly well and the other youth groups understood the concept, which was something we were nervous about from the beginning, he says laughing. 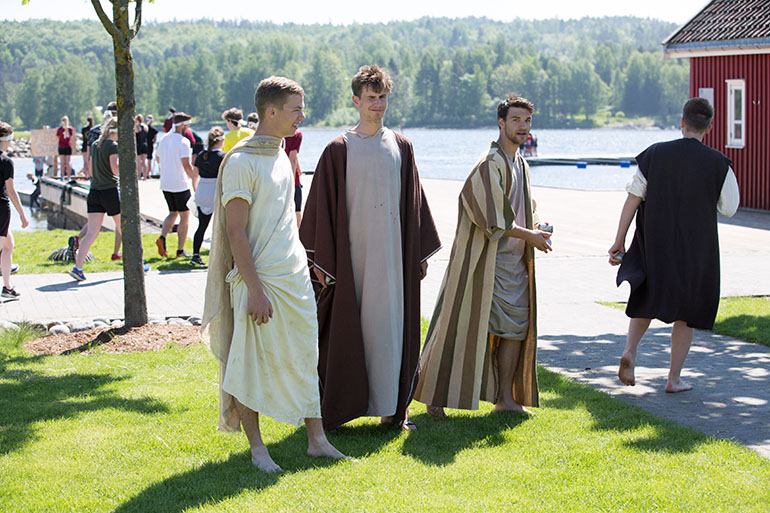 No lack of effort from The Bible School students, who showed up in suitable costumes 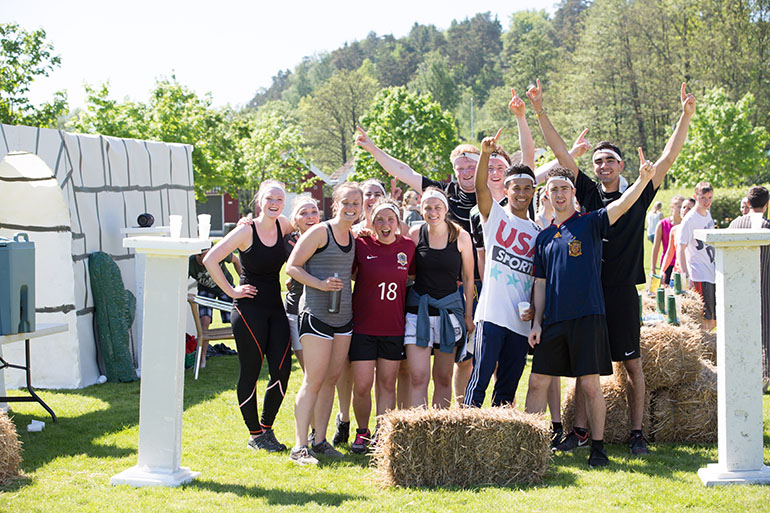 A tired, but happy group at the end of the day

Youth Groups with Many Talents

In the evening the festivities continued, with both entertainment and messages, music and films fit to inspire to a life of faith. The message was presented in an easily understood way, so that the young people could identify themselves with it. Each of the eight YEP groups also had prepared their own entertainment contribution. These showed broad creativity, containing both music, dance and a “flashmob” for the occasion. There are many talents among the youth here, and events are well organized so that individuals can develop the talents they have in all the activity that takes place at the Bible School, says Simen. 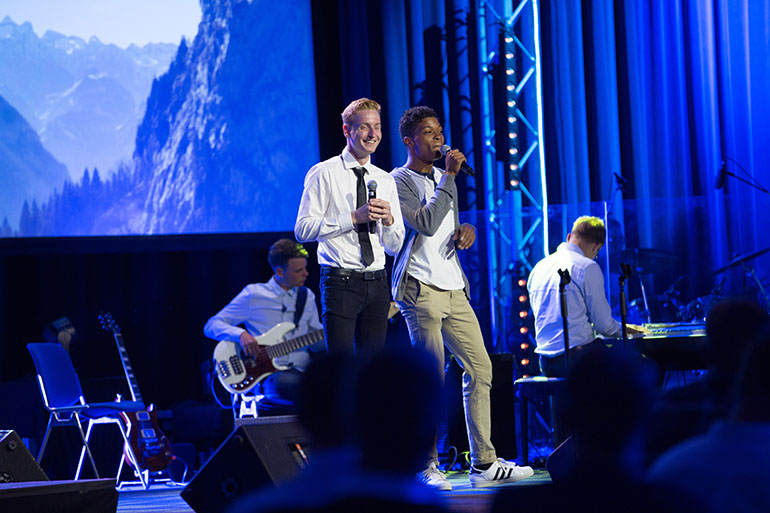 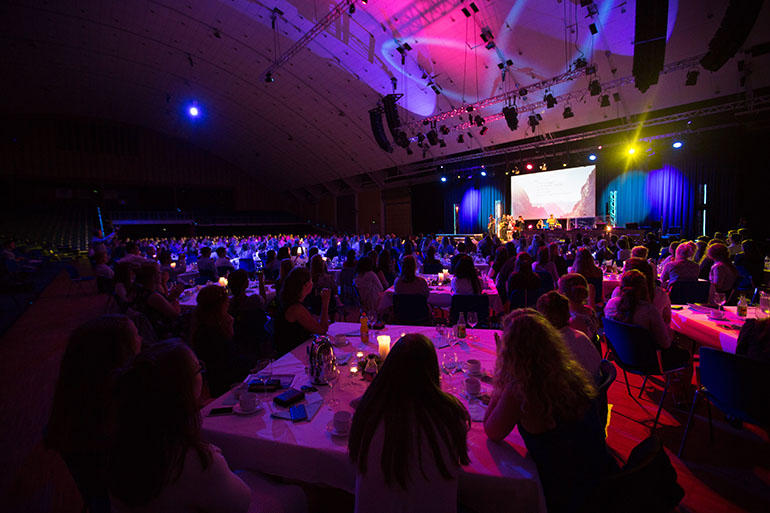 An Occasion full of Memories

Having taken part in many high points and positive experiences this weekend, it was a tired but very satisfied gang with YEP youth that waved farewell to one another on Sunday. With only a few weeks left of the exchange year, it will certainly be this weekend that they remember for a long time, as an occasion full of memories around a year where unity and fellowship have been in central focus.

For me it has been a very special year, an intense year, and a year that I wouldn’t have missed for anything, Simen tells us the day after. A new week has begun, and the everyday life at the Bible School has returned, at any rate for a few more weeks. He speaks about the new insight he has received through the teaching, as being one of the most important things he will take with him from this year. I think more about the choices I make, and ponder them more before acting. In addition, I have made many friends and got new perspectives on things here. I live together with approximately 30 other young people, where we come from different continents, and have learnt about how different understandings one can have.  Also, I have understood that there are different ways of doing things compared to what I am used to from Switzerland, he explains with a smile, before a new lesson calls him and he disappears through the door to more teaching.