An enthusiastic group of soloists gathered to record new music on an outing to the mouth of the fjord at Sotra in Bergen. There has been a vibrant music community in BCC’s local church in Bergen for many years.

Playing and singing echoes in several rooms of the conference area at Panorama Hotel and Resort.  Voices warm up and verses are memorized, as vocalists prepare to record new versions of old songs from the song book “Ways of the Lord”.

“This weekend we are recording vocals to four songs with four different soloists. The content of these songs is rich, and we want it to be expressed in a good way. We work a lot on interpretation, so the soloists can in fact bring out the message in the songs,” says Karethe Opitz Mihai, a driving force behind BCC’s music efforts.

An array of soloists from different parts of the country have access to impressive equipment in the music studio. Despite this, there are some challenges with the acoustics that must be fixed using mattresses.

“Acoustics are very important. The acoustic panels we need have not been installed yet, so we have had to do some trial and error with mattresses. It looks kind of funny sometimes,” says Karethe with a chuckle. 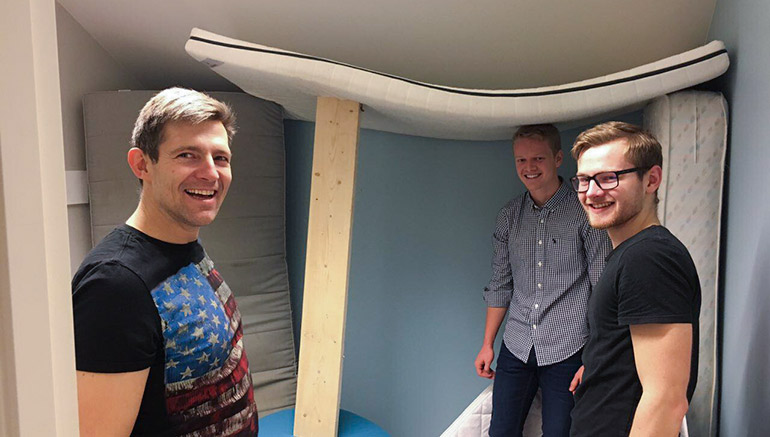 Some improvisation with mattresses is necessary to ensure optimal acoustics. Photo: BCC

“Last year we received financial support from BCC to update our sound studio – the fact that we have such good equipment is obviously motivating for those of us involved with this. Having proper equipment to produce quality recordings is almost as important as the singers` voices! However, the most important thing is obviously how the singers perform the melody and text; if the interpretation is not correct, then having good sound equipment does not help much.”

As Renate Warhuus from Oslo prepares for the next recording, we ask her if she is nervous. Even though she appears to be relaxed, she takes a breath before answering. 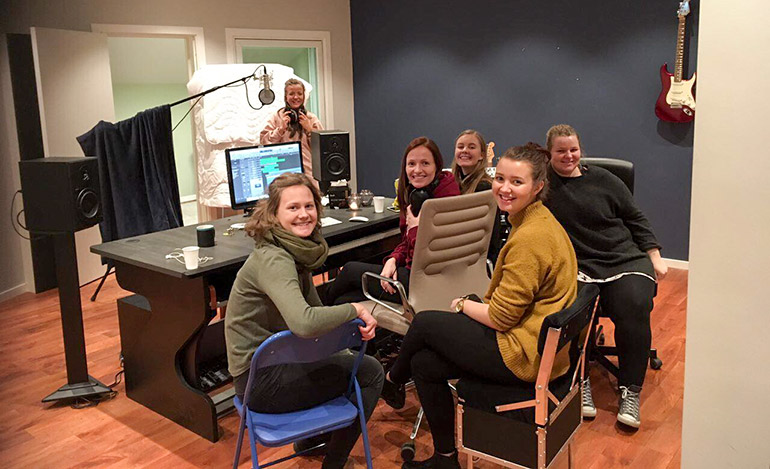 Producing songs with a message that means a lot for many

“I wouldn’t say nervous exactly, but of course I have expectations of how it will sound. In any case, I have practiced a lot, and am singing a song I am very fond of, so it should be fine,” she says, smiling, as she prepares to head into the studio.

Warm, clear tones reverberate through the studio, and Karethe, the producer, happily drums her fingers on the mixer.

“That was excellent; we nailed it!”  Karethe claps and calls for a break for the singers and crew.

“There is still a lot of technical work to edit the recordings before they are published on BCC`s media portal. We hope people appreciate the new versions of these meaningful songs,” concludes Karethe.