The end of the series was marked by a match day at the Stokke pitches for all the football players in the Oslofjord League, combined with a tremendous football banquet in the evening.

Over the weekend it was decided which team had won this year’s season in the Oslofjord League during the match day in the last round of the series. The Oslofjord League is a Christian football league which consists of teams located around the Oslofjord, and this year’s season is the third in the history of the league. In 2016 the league had approximately 850 players participating between the ages of 10 and 23 years from 7 different counties in Norway. 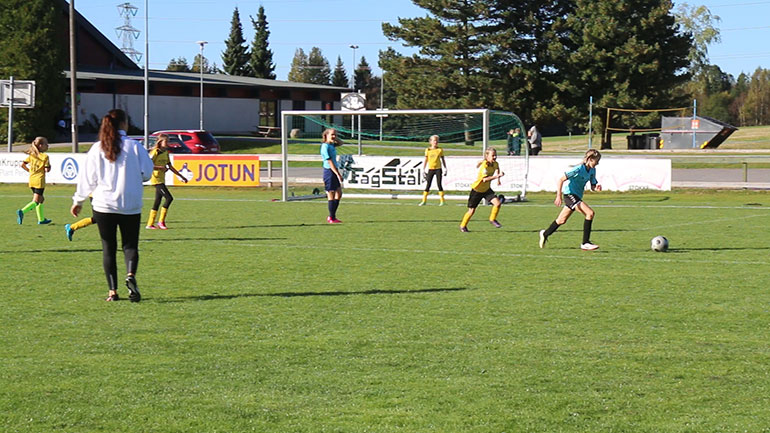 Amalie Solberg (13) in the Eiker Soccer Club was one of those who was along in the match day at the Stokke pitch and the banquet at Torp Conference Center in Sandefjord.

− It was really fun to be along and play because I got to know those in the team so well. Even though we go to separate schools we have become extremely good friends, says the 13-year-old.

Together with Nathalie Bernhardsen (12), Anine Johansen (12) and Alexandra Veierland (11) she has played the last match of the series for Eiker this season. The final of the series was played against the girls from Sandefjord, who unfortunately proved to be just a bit too strong. 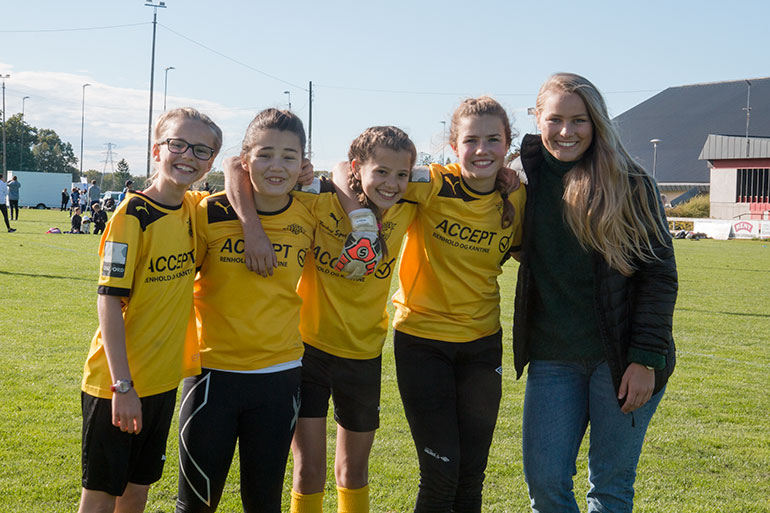 Good friends: Alexandra (left), Nathalie, Anine, Amalie plays for Eiker SC with Benedikte (right) as coach. Amalie says she likes to be along in the football in order to meet good friends.

The Sandefjord girls banged in their fifth goal already in the first half, but just before half time the yellow shirts from Eiker rose up. The girls scored three goals in a row and the standing was reduced to 3 – 5. However, they never managed to catch up with Sandefjord’s lead, and in the end Eiker had to admit defeat at the hands of Løkka SC.

− We lost with style, and even though we didn’t win we had a lot of fun! Says Amalie after the match.

− It’s better to win for sure, but it was nonetheless fun. We must just look at it positively, smiles Alexandra.

The girls are positive nonetheless, something that trainer Benedikte Nilsen can confirm.

− They are very positive and good at meeting up for training. What’s more, they listen to what the trainer says – now and then, the Eiker SC coach adds with a smile.

Kristian Persson is responsible for the football event, both on the match day and the banquet afterwards in the evening. He explains about a very successful festive day.

− There are very many really focused players and spectators here, and they have been close and exciting matches. The last matches decide where they are placed in the League, and it crowns the winners for the whole season, so the matches and the banquet put a proper end to the year.

But festivities and fun are not the most important reasons for arranging such an event today. The association’s aim is that children and youth can experience unity and joy as a result of a Christian fellowship.

− In the Oslofjord League we concentrate on the players being given the possibility to develop their footballing skills, but first and foremost we want children and young people to play football within good and secure boundaries. It is of great importance to have good examples who inspire and make good choices in their childhood and youth years, and there are very many good mentors, trainers and voluntary workers who are along. 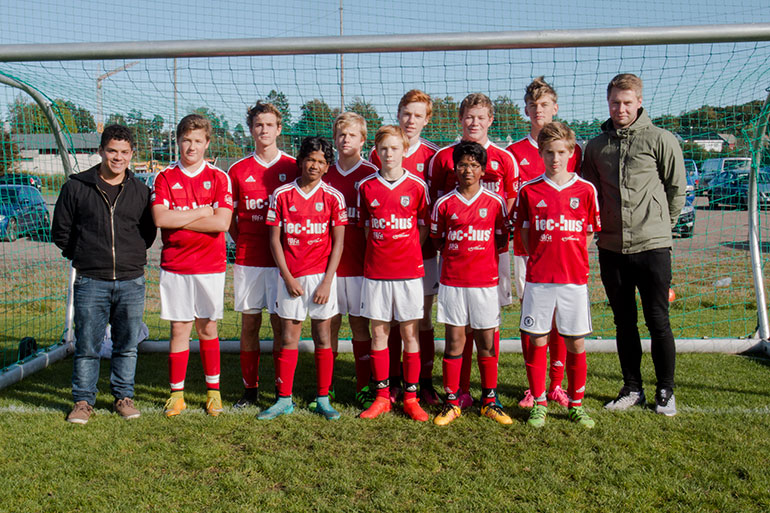 A good season: BSC G 16 from Oslo/Follo are satisfied with the season, says trainer Vincent (left). 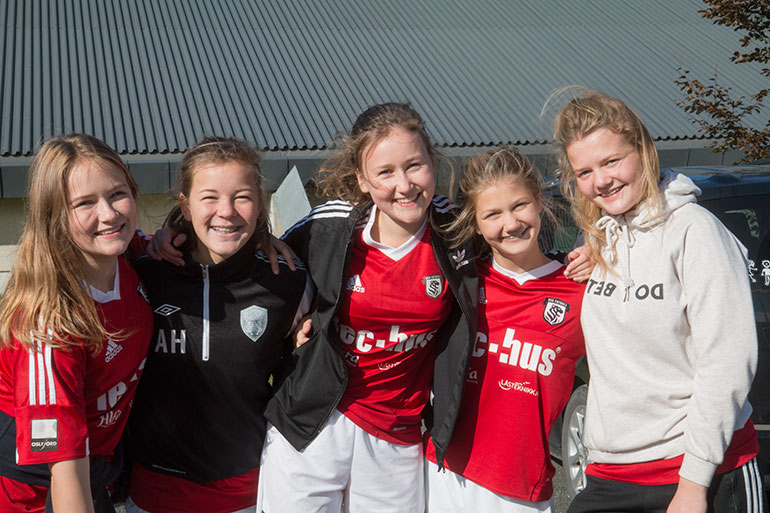 For the teams that went to the top in the league as a result of the weekend’s final play, there was an extra bonus of going up on stage and receiving cups, medals and applause. Jubilation reverberated around the hall, and many proud boys and girls experienced the feeling of unity and of having succeeded on this festive day. 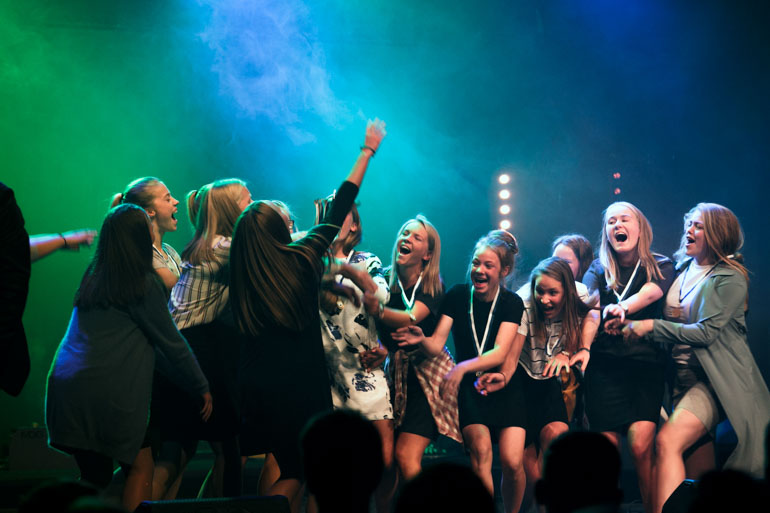 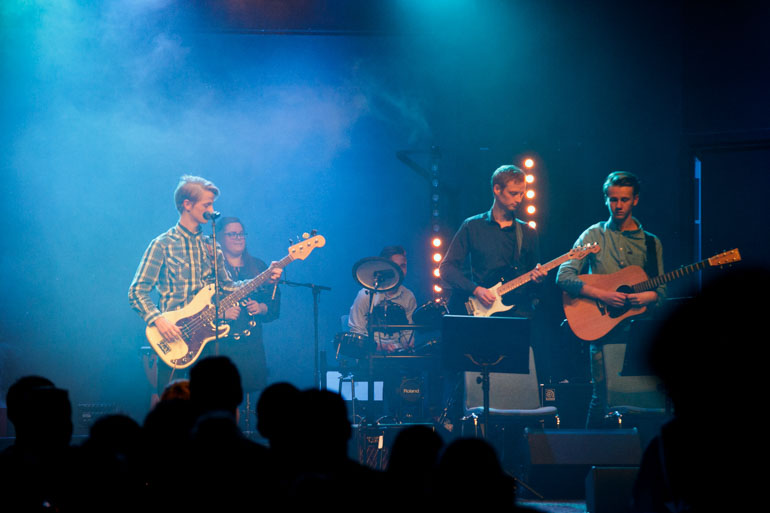 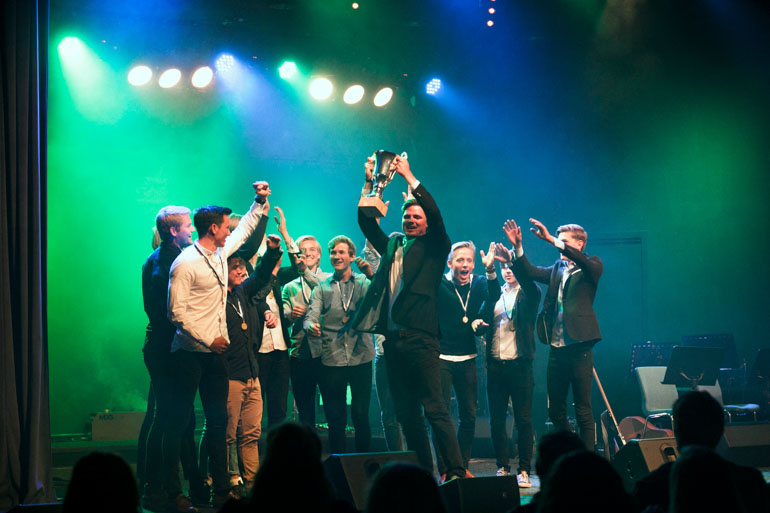 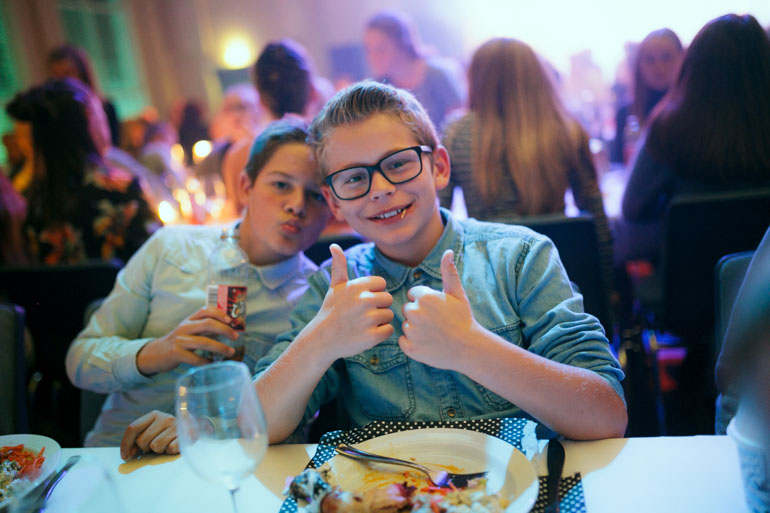 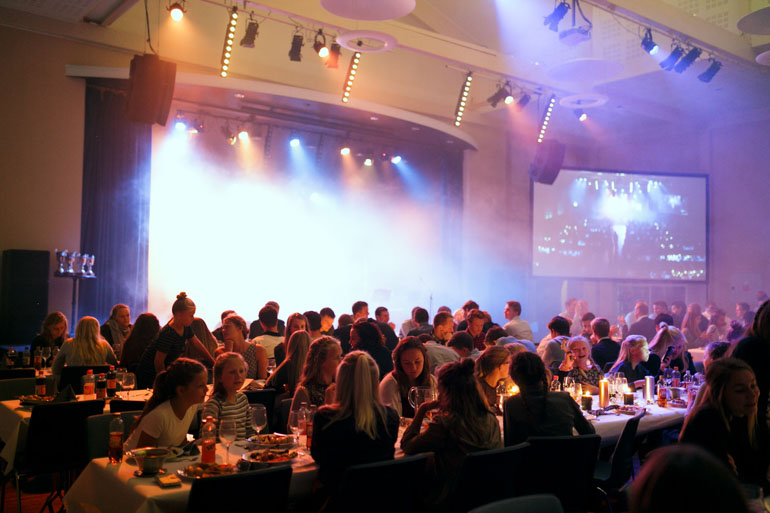